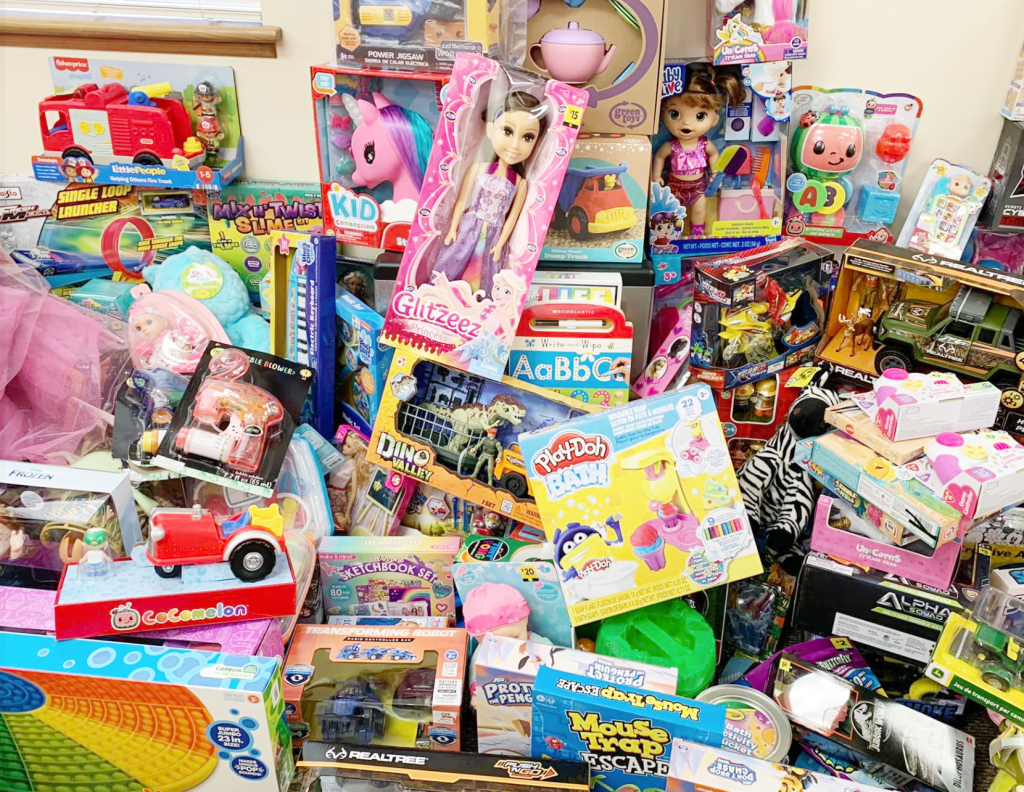 Police Chief Jason Coffin said this is not their first toy drive, as the department has done this drive a few times in the past.

“We plan to do this annually,” he says.

Dollar General in Landrum allowed LPD to place a toy drive box at their storefront so community members could donate toys from the store for local children.

“This was started as a community project by School Resource Officer Watry. Watry works as an SRO at Landrum Middle School. From there, it was all hands on deck so that we could give back to our community,” Coffin says.

As part of the Landrum Christmas Parade entry registration, each participant donated a toy to the toy drive.

“The toys filled the front office space at City Hall,” he says. “We really have a strong desire to serve our community at the Landrum Police Department. Our officers take pride in this. We want to make a difference in people’s lives and be proactive in the community environment. This really was just a way to give back.”

“A huge thank you is in order for Dollar General for allowing us to partner with them and allowing this to take place in their store,” Coffin says. “The biggest part of this is all the folks that came out and donated and gave from their hearts so Christmas would be as exciting and wonderful for folks that really need it this year. It really shows the heart of our community here in Landrum. I am very excited to be a part of that.”