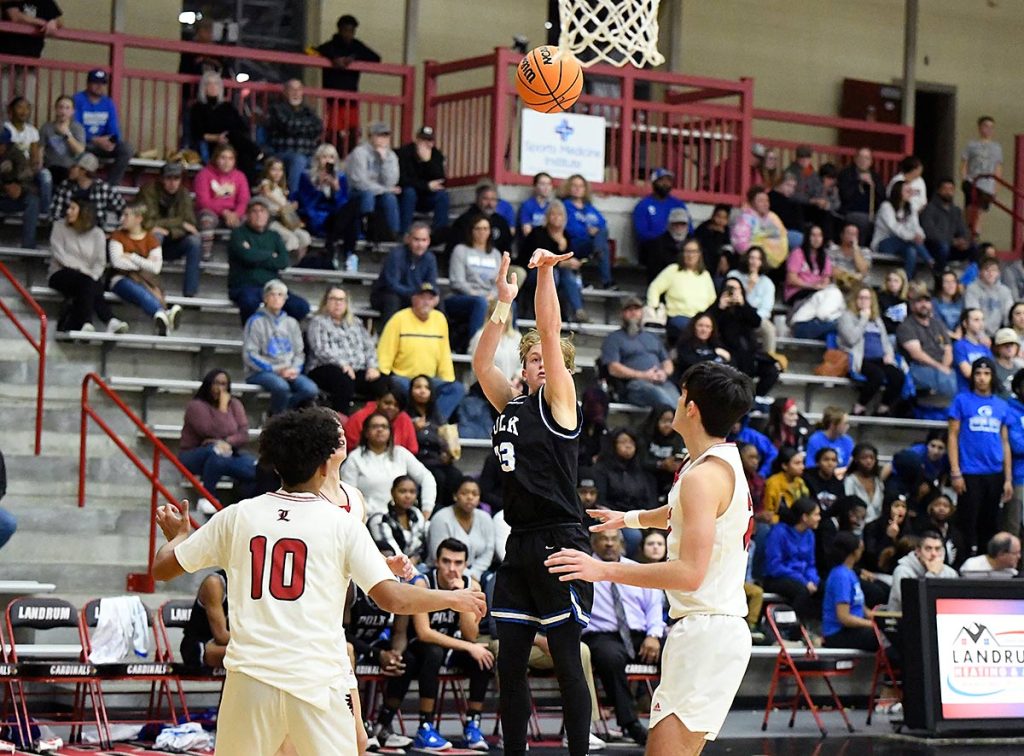 LANDRUM – It’s the curse so foul for basketball coaches that it takes not one, but two four-letter words to complete.

Polk County said it far too often Friday, and that doomed the Wolverines’ chances at Landrum as the Cardinals claimed a 76-50 victory in the first meeting between the two border rivals since 2017.

Landrum (4-1) won its fourth straight game and extended its winning streak in the series with the Wolverines (2-1) to nine, Polk’s last win coming in 2013.

Yet it was the Wolverines who had the upper hand early, with Kris Littlejohn and Antonio Simpson staking Polk to an early 7-2 advantage. The Wolverines still led early in the second period, 19-18, following a Mackus Simpson 3-pointer.

But after a Khalil Watley free throw with 3:30 made it 22-20, Landrum, the Cardinals’ pressure defense began to force those Polk County miscues, and the Cardinals capitalized, closing the half with a 14-3 run that included a trio of 3-pointers. That spurt gave Landrum a 36-25 lead at the break.

Franklin Davis, who tormented the Wolverines throughout the evening, drilled a 3-pointer to open the third period and the Cardinals continued to force Polk errors and pull away, building the advantage to 43-25 before a Littlejohn 3-pointer stopped the run.

Polk County, though, would get no closer than 16 points the rest of the evening, in large part thanks to Davis, who finished with a game-high 34 points, 19 of those in the second half.

Antonio Simpson finished with 13 points and Littlejohn had 10 for the Wolverines, which also got eight points from Gunnar Alm and six from Mackus Simpson.