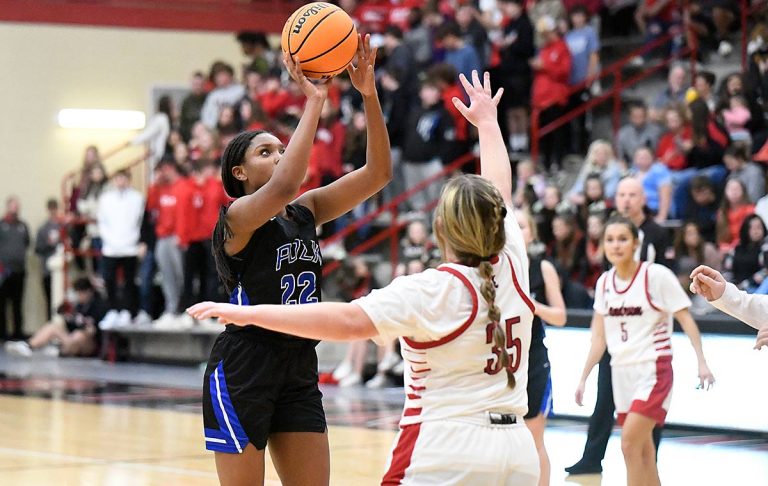 LANDRUM – Polk County will look to remember largely battling Landrum on even terms for three quarters.

The Wolverines, though, will definitely try to forget that remaining quarter.

The Cardinals opened Friday’s matchup of border rivals with a 16-0 run, giving the Wolverines a deficit they could never overcome in a 54-42 decision in Landrum.

A Landrum squad (4-2) returning several players from last season’s 2A Upper State finalists dominated the first six minutes, harassing Polk County (2-1) into turnovers and missed shots while not missing many attempts on its end.

Polk finally got on the scoreboard on Jayden Duncan’s jumper in the lane at the 2:03 mark and trimmed the margin to 11 midway through the second period before Landrum pulled away to claim a 32-17 lead at halftime.

The Wolverines, missing injured starter Mia Bradley, saw the Landrum swell to 22 points entering the fourth quarter before rallying. Freshman Bailey Staton and sophomore Kylie Lewis led a surge that got the Wolverines within 13 in the final two minutes, then to the final 12-point gap.

Polk County returns home on Tuesday to host Owen for a non-conference battle. The Cardinals and Wolverines will meet again Dec. 15 at Polk.