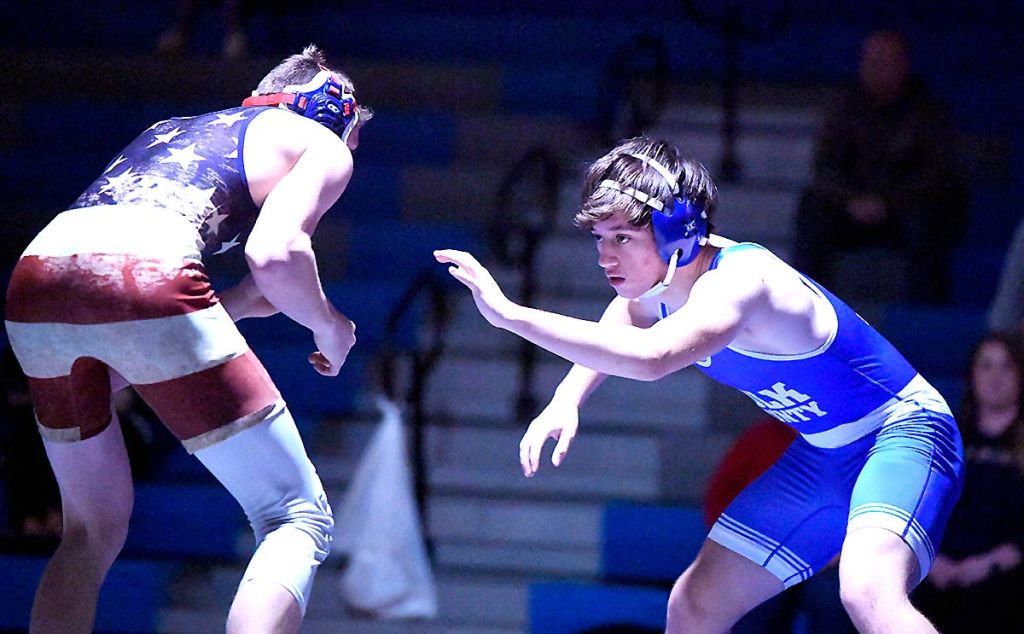 An evening of debuts couldn’t have gone much better for Polk County.

First home match of the season, first home match for head coach Thomas Hensley – the Wolverines marked down a win for each after topping Madison 48-36 in a non-conference clash.

Polk County (2-1) won five straight matches in the lower weights and clinched the team victory with Jaydn Virgil’s victory at 182 pounds. Madison did rally with wins in the final three matches of the evening in the upper weights after trailing 48-18.

“I told them that I appreciate that I can start my head coaching career with a win at home,” Hensley said. “We wrestled well. Madison is a team in the 2A West that we want to always do well against.

“There was a point after 182 that (the score) was really lopsided, and I wish we could have finished off those last three matches. Those three guys had opportunities. Those guys are tough, and they understand what they’ve got to do now to get better.”

It has been a busy first two weeks of the season for the Wolverines, who will return to action Saturday at the Burns Bulldog Bash in Lawndale. The Wolverines then are back at home on Tuesday to host a quad meet with Brevard, East Henderson and Walhalla.

Hensley has enjoyed the results he’s seen in the opening part of Polk’s schedule.

“I’m really energized about this team,” he said. “They’re good kids. I’ve been really encouraged by the effort that’s been shown in practice.

“There’s a lot of accountability, and the kids are instilling it in each other, which has been really nice.”