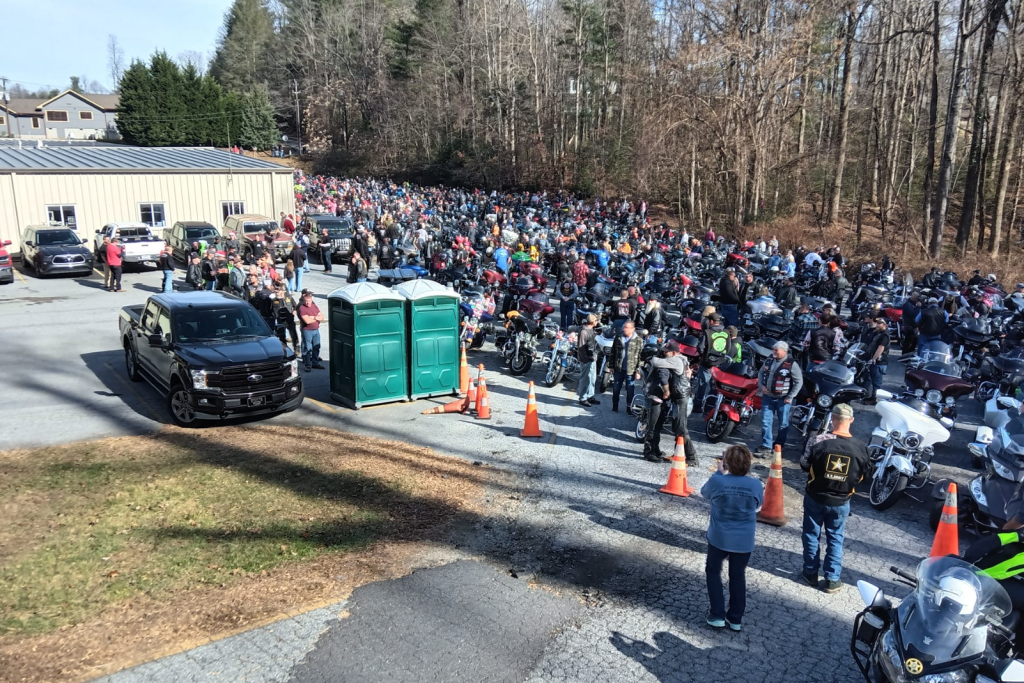 The Polk County Toy Run began at the Saluda Fire Department, where motorcycle riders donated $10 or a new, unwrapped toy to help give children of Polk County a good Christmas. All donations benefited local children.

A total of 560 motorcycles, 165 passengers, over 725 volunteers, and 775 people on-site at Saluda Fire Department participated in the event.

The Toy Run collected 66 bags of toys and raised $28,700, which will all go toward children in the area. The Polk County Toy Run has been “riding for the kids” for 20 years. This year’s sponsors included the Polk County Sheriff’s Office, Steps to HOPE, Outreach, and Polk County DSS. 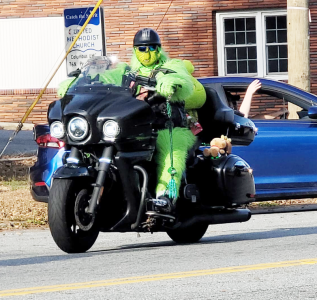 Riders were blessed with clear weather Saturday. At the Saluda Fire Department, tee shirts were sold, and free barbecue and giveaway opportunities were available.

The Toy Run passed through each community in the Foothills. It began in Saluda, and made its way through Tryon, Landrum, Green Creek, and Mill Spring, before ending at the Columbus courthouse at 3:30 p.m.

Mr. and Mrs. Claus were featured in the event, along with their elves, spreading cheer to area residents.