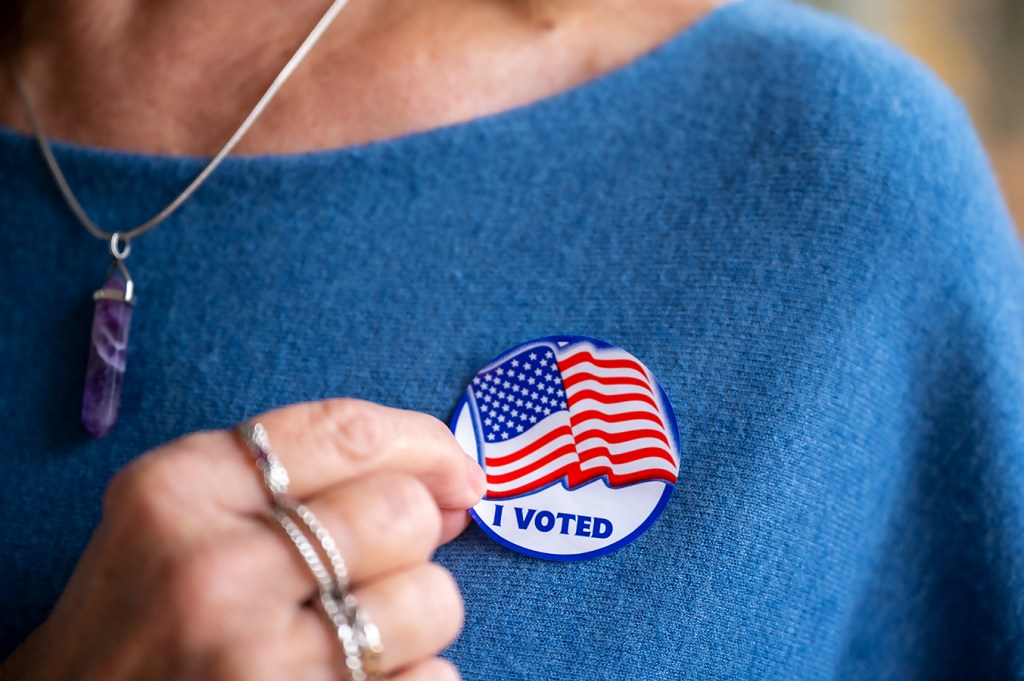 Barely half of Polk County voters cast a ballot in the 2022 midterms. (Photo by Terry Brown)

FOOTHILLS – Do you still believe in the democratic process? It’s a question that needs to be examined in the wake of the midterms. Why might you ask? If you look at North Carolina’s voter participation statistics, one could conclude voter apathy continues to define us as a community, as a state and a nation.

Statewide, the North Carolina Board of Elections reported 3,789,825 people cast their vote in the 2022 midterms out of 7,412,050 eligible voters. This translates to a voter turnout of 51.13-percent. Barely half of eligible citizens exercised their right to vote.

In fact, only nine counties – Alexander, Alleghany, Chatham, Graham, Hyde, Orange, Pamlico, Transylvania and Yancey, out of North Carolina’s 100 counties managed to even reach 60-percent in voter turnout. Hoke, Onslow and Robeson counties had the lowest with voter turnout only reaching the 30-percent range.

So, how did Polk County rate against the rest of the state? Out of 16,482 eligible voters, there were 9,608 people who voted for a modest voter turnout of 58.29-percent.

“Our mission in our office is to ensure voters have accessibility,” said Polk County Director of Elections Cliff Marr, stating that driving turnout is not typically the Elections Office’s focus. “From a historical perspective, we’re actually doing better than our previous averages because of early voting opportunities. Each party turned out about 60-percent of its voters, but Polk County showed a 5-percent drop in our unaffiliated voters.”

He added unaffiliated voters are the county’s largest pool of registered voters, and that overall, 60-percent was considered a good turnout for Polk County party affiliates.

The U.S. Elections Project is an information source regarding election results and statistics. Interestingly, they show participation in America’s elections was at its highest during the 1800s with voter participation averaging in the 80-percent range for both the general and midterm elections. From the 1920s forward, records show there’s been a steady decline in voter participation.

“We the People of the United States” are the ones with the power to determine how our government represents us, but only if we participate in the process. Voting is a privilege and a right that has been hard fought to ensure your say in the democratic process. It should never be taken for granted.