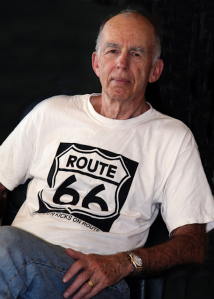 After graduating from high school in Willoughby, Ohio, Jack served in the US Navy as an Electronic Technician in the Philippines. He was the first in his family to attend college under the GI Bill. He graduated from the University of Arizona with a BS in Metallurgical Engineering. Jack worked for General Electric for 20 years in a variety of research, development, manufacturing and project engineering assignments. With support from GE, Jack obtained a Masters Degree in Engineering from Stanford University.

In January 1970, Jack left GE to co-found Quadrex Corporation, an international engineering consulting company based in California. He served as Senior Vice President of Technical Services and President of Quadrex International, fulfilling duties which took him to countries around the world. An avid runner, Jack would get to know each new place by running through historic districts. Jack retired in 1983 and to celebrate signed up for his first vacation in many years: a four-week photographic Stanford Alumni Safari in Africa. During that trip he met his future wife, Marcy Wright, and the passions unleashed in Africa infused their love for the next 40 years.

In 1992, Jack and his wife moved to Polk County, North Carolina to pursue Marcy’s dream of owning a horse farm with her sister, Jean Wright. During his years in Polk County, Jack served on the FENCE Board, Friends of Polk County Library, Polk County Zoning Board, Kiwanis and Hospice of the Carolina Foothills. In 2003, he won a four-year term as a Polk County Commissioner. Under his leadership and working with a diverse Board of Commissioners, they accomplished the unthinkable:  a desperately needed new middle school, improvements in the primary school facilities, a new health building, a new library and a new landfill facility. Jack is remembered fondly for his civility, kindness and ability to get people to work together to accomplish goals.

Jack loved the outdoors and was an avid runner, backpacker and hiker. He enjoyed photography, gardening, calligraphy and Chinese brush painting. Jack and Marcy’s homes were always filled with beloved cats and dogs.

Jack requested no memorial service. He wanted to be remembered in the hearts of those whose lives he touched. Above all, Jack was a profoundly kind man. As you honor his memory, do so with endless acts of kindness: a ripple widening from a single act winding around the waters of the world.

In lieu of flowers, donations may be made to FENCE, Foothills Humane Society or Paws Prayers and Promises.