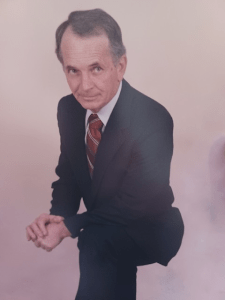 A native of Polk County, he was the son of the late John Harley Foy and Nellie Dalton Foy. Jesse proudly served in the U.S. Navy from 1952 to 1956. After his military service, he returned to Polk County and began farming, opened Foy’s Meat Processing and later Triple A Septic Tank until his retirement.

Jesse had a passion for Polk County and its citizens. He served two terms as a Polk County Commissioner. Polk County has certainly lost a servant to the people and will be greatly missed.

In addition to his parents, he was preceded in death by a son, Lewis Keith Foy; four brothers and three sisters.

A celebration of Jesse’s life will follow at 3:00 p.m. in the McFarland Funeral Chapel with Reverend John Edwards officiating.