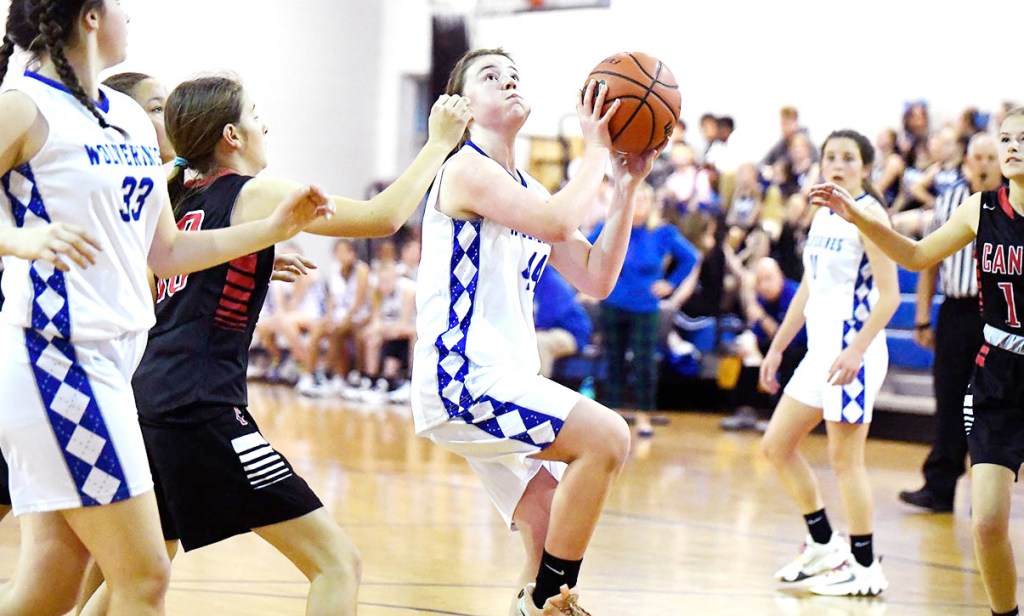 The little things so often overlooked in basketball – defense, rebounding – proved ever so huge Monday for Polk County Middle.

The Wolverines pulled away from Canton Middle in the final four minutes, handing the defending Blue Ridge Conference champions a 31-23 setback in the season opener for both teams at Polk.

A tight contest throughout titled Polk Middle’s way in the third quarter as the Wolverines surged to an eight-point lead late in the period. But Canton put together an 8-2 run spanning the end of the third and early fourth quarter and cut the deficit to 21-19 with 4:42 remaining.

Reeve Carroll gave Polk a boost with a bucket off an entry pass from Cate Brown, then Brown drilled a jumper from the wing to up Polk’s lead to 25-19 with 3:27 to go.

Canton, though, again, sliced the deficit back to three with 2:20 remaining. But Polk Middle’s defense would limit the Bears to a lone free throw the rest of the way. Meanwhile, Amiyah Waters hit a pair of free throws, Brown converted a turnover into a layup and Carroll turned another steal into a layup with 35 seconds left to seal the win for Polk.

Those turnovers were delivered by a Polk defense that was aggressive throughout the game, and Polk’s Sofie Abrahamsen and Beija Olivari also dominated the defensive boards to limit Canton’s second-chance opportunities.

“I’m pleased with our defense and our effort,” said Polk head coach Michelle Fagan. “We need to be a little more patient offensively.

“We had some good looks, but we need to finish around the rim better. We’ll work on that. It wasn’t the prettiest of wins, but we’ll take it. It’s always good to get that first win at home.”

Neither team led by more than three points in the first half, but Polk opened its third-period gap on back-to-back baskets by Carroll followed by short baskets from Olivari and Waters, giving the Wolverines a 19-11 advantage late in the quarter.

Carroll had 10 points to lead Polk Middle, with Brown scoring eight. Waters finished with five points, with Olivari and Abrahamsen each scoring four.

Polk Middle is next in action on Tuesday, Nov. 29, traveling to Asheville Christian Academy.