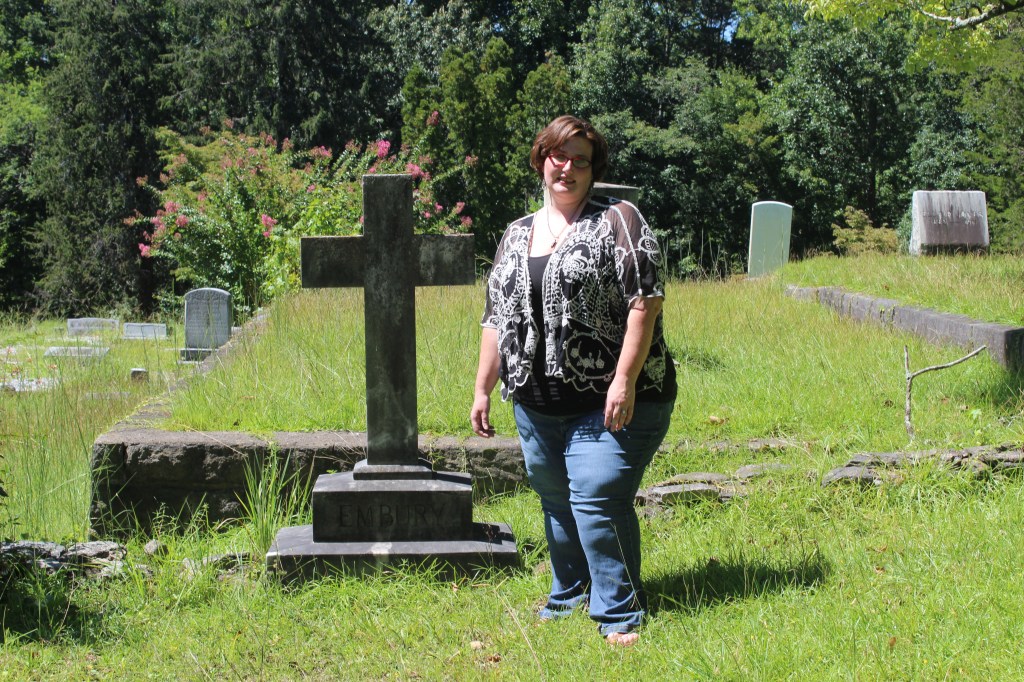 Trinah next to Edmund Embury's tombstone, founder of the first African-American school in Tryon.

Everyone loves a good ghost story.

Ghost tourism has evolved dramatically since it became popular in the late 1700s, when tourists would picnic around gothic ruins and cemeteries. Eventually, during the early 1900s cities would use the supernatural works of authors such as Edgar Allan Poe to promote tourism. The idea would spread from there, delivering chills and thrills by showcasing the plethora of stories based on America’s haunted places. 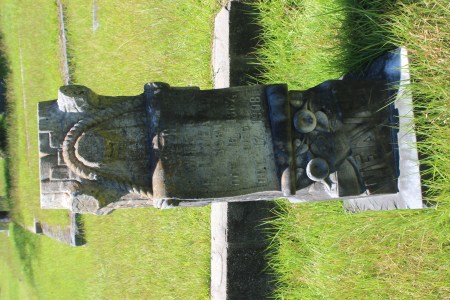 A stump with a scroll on it could indicate a life cut short.

While taking a ghost walking tour through historic Gatlinburg on a vacation several years ago, professional medium and amateur historian Trinah Falgout Kulp thought to herself that the walk was missing something. She felt a ghost walk needed a tour guide that not only knew the history and the haunts, but also the ins and outs of ghost hunting and the equipment involved.

When she mentioned this to her husband Elias, an executive chef, he pointed out that she lived in a small Southern town with a rich history as well. Echoes of Tryon Ghost Walks was soon born.

Trinah, a mother of two daughters with a third on the way, came to Tryon in 2016 from Birmingham, Ala., and quickly developed a love of the town, the Foothills, and the local history.

Trinah’s ghost walks are given added depth by an ability that sets her apart from the average tour guide. She works as a professional medium, a person with the unique ability of clairvoyance. She says that she discovered her gift at a young age and that it enables her to communicate with the other side, which in turn helps her find out aspects of the town that might be hidden from others.

Trinah says, “That, of course, is if they are willing to talk or communicate. I can only share what they wish to share with me. So I use my gift to give a better experience of Tryon’s history.” 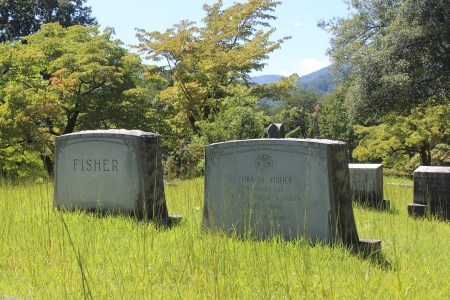 The Echoes of Tryon Ghost Walk tours are designed for both believers and skeptics. Falgout Kulp’s definition of “ghost” is as much a metaphor for our shared past, the town, the buildings, and the stories surrounding them as it is about actual spirits. Trinah points out, “My tours are designed to honor the people and places that came before us. So they are remembered.”

Her first ghost walk in Tryon was at the Melrose Inn three weeks before it burned down. “I want everyone to remember how beautiful the inn was. The owner Marilyn Doheny was so kind to me when I started my tours, and I hope we never forget the inn’s history.”

Trinah’s other favorite stops include the Tryon Theatre, where she focuses on the 1953 murder of theater manager Edward Ball. Over the years, she has become a bit of an expert on the unsolved murder and has even given talks about the facts surrounding the case.

It’s clear she takes every opportunity to research and soak up the local history surrounding the area by often visiting the town archives, libraries, and local museums. Falgout Kulp also concentrates on the long history of Trade Street, particularly the many fires that occurred during its early years. 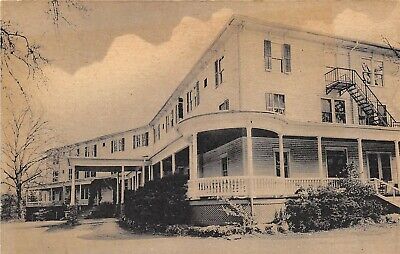 Another location Trinah visits on her ghost tours is the Tryon Depot, where the death of a local innkeeper is something she has invested time in learning about, and found conflicting stories. It is also an example of how she shares both the history and the legends of the town.

Mr. McAboy, a local innkeeper, used to greet the passengers off the train daily and one day was found keeled over on the bench after suffering a heart attack. For years, the legend said he had died at the depot. But while researching the event, she found news reports that he had died at home. The differing stories allow an opportunity for the listener to learn about both the history and the legend.

“Everyone should check out Tryon’s Historic Cemetery. I have photo evidence of an apparition,” says Trinah. “I also love to visit the Tryon History Museum and, of course, the Polk County Museum.” 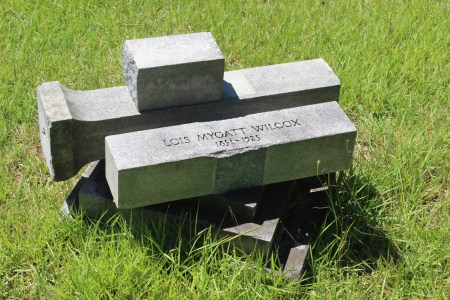 One of the many interesting tombstones in Tryon Cemetery

A trip to the Tryon Cemetery is a must for any history buff in the area. It is the final resting place of Tryon founder Lemuel Wilcox, whose tombstone is easily recognizable as the tallest. His is one of many names and families that hold a valuable place in the area’s history. These are the people Trinah plans to continue highlighting so they will be remembered by future generations for their contributions to the Foothills.

To attend one of Trinah’s ghost walks, contact her at https://echoesoftryonghostwalks.com/. 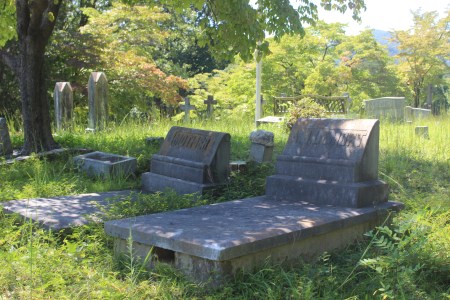