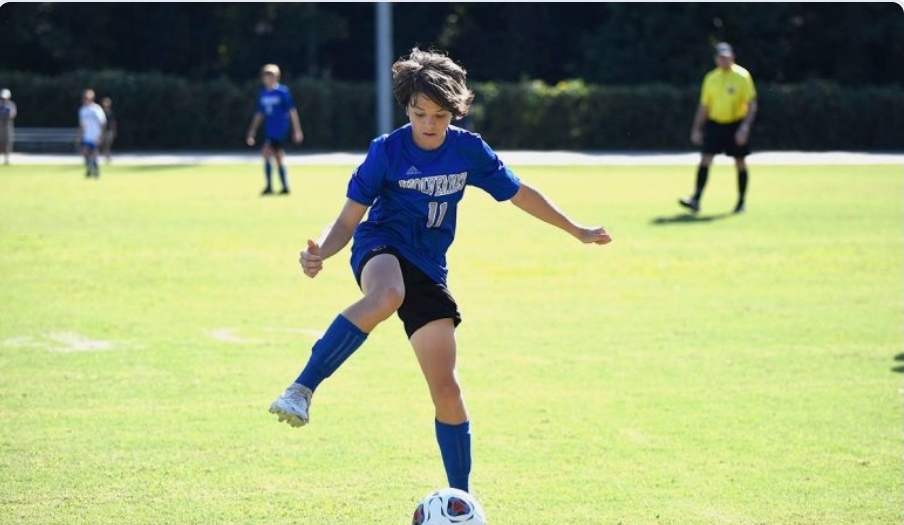 Polk County Middle handed Flat Rock its first loss of the season on Wednesday, knocking off the Eagles 2-1 in a Blue Ridge Conference boys soccer match in Flat Rock.

The Wolverines (5-4-1) battled the Eagles (9-1) to a scoreless tie at the half. Ross Dow then put Polk ahead early in the second half, taking a pass from Luke Garrison and hitting a low shot just inside the near post that the Flat Rock goalkeeper could only deflect.

Polk upped the margin to 2-0 minutes later as Erik Pena scored from some 20 yards out, taking another pass from Garrison and connecting on a drive that found the top right of the goal.

Flat Rock cut the lead to 2-1 in the 49th minute, and the Wolverines had to play with 10 men in the final six minutes after losing a player to two yellow cards. Led by goalkeeper Charlie Wagoner, who had five saves, Polk held on for the victory.

The Wolverines will begin the final week of regular-season play on Monday, traveling to Brevard Middle for a 4:30 p.m. matchup.