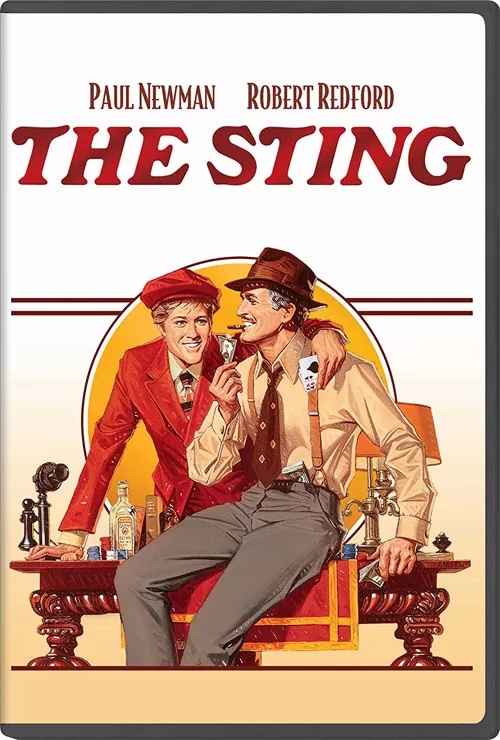 From its opening on Christmas Day in 1973, “The Sting” was massively successful both critically and commercially. TFAC will be showing the classic film on October 11.

The hugely popular 1973 movie The Sting will be shown at Tryon Fine Arts Center on Tuesday, October 11 at 7:00 p.m.

TFAC’s new film series, featuring classic capers and heists, begins with this unforgettable film starring Robert Redford, Paul Newman, Robert Shaw, Charles Durning, and Eileen Brennan. Set in the 1930s, The Sting takes its title from the phrase used by con artists to indicate the moment when a “play” is completed without the “mark’s” knowledge and is loosely based on the exploits of a pair of real confident tricksters, brothers Charley and Fred Gondorff. The late depression time-period is emphasized by the Saturday Evening Post-style illustrations and the ragtime music by Scott Joplin performed by Marvin Hamlisch; most notably the piece, The Entertainer, which revived the public’s interest in ragtime for years to come.

From its opening on Christmas Day in 1973, the film was massively successful both critically and commercially and was nominated for no fewer than ten Academy Awards, winning seven, including Best Picture, Best Director, Best Film Editing, Best Film Writing, Best Musical Score, Best Costume Design, and Best Art Direction. Robert Redford was nominated for his role.

The critics were generally united in their praise, with Roger Ebert giving it his highest score (four stars) and calling it “one of the most stylish movies of the year.”  Variety wrote:  “George Roy Hill’s outstanding direction of David S. Ward’s finely crafted story of multiple deceptions and the surprise ending will delight…”  According to Critic Olivia Rutigliano: “The Sting is the ultimate performance exercise — a story about performing for someone who doesn’t realize he’s its audience and tricking a real-live audience by pretending to tell the truth, even though “truth” is not what they’ve been watching at all, or even what they necessarily came for.  And it does this as easily and as bewilderingly as a deft dealer . . . might shuffle a deck of cards.”