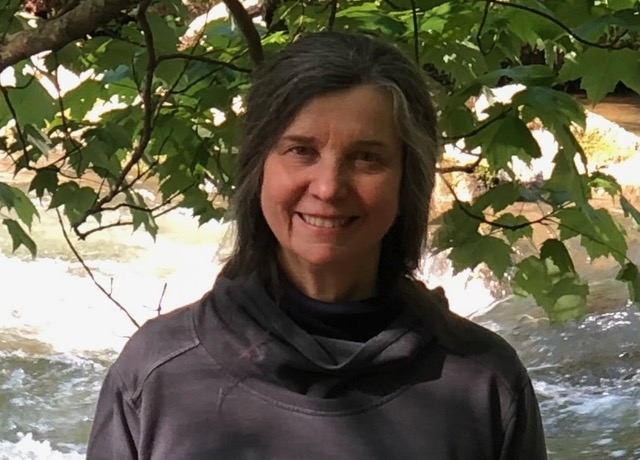 Volunteer of the Year Award recipient Lynn Casey will be honored at an ice cream social on Oct. 16.

2022 award recipient to be celebrated at a community ice cream social on Oct. 16

The Saluda Business Association (SBA) proudly designated Lynn Casey as the recipient of the 2022 Cathy Jackson Volunteer of the Year Award. Casey will be honored with an ice cream social between 3 and 5 p.m. on Sunday, October 16 in the parking lot of the Saluda Visitor Center. The event is free and open to the public.

Since 2018, Casey has served as the volunteer executive director of the Saluda Downtown Foundation. She was instrumental in the opening of the Saluda Visitor Center and has been active in running its day-to-day operations. She also oversaw the return of the Saluda Arts Festival in May of2022 and worked with the City of Saluda to promote new businesses with ribbon-cutting ceremonies.

Since retiring as a chief financial officer for a software company in 2016, Casey says she has enjoyed “having free time to do what I want to do, when I want to do it.”

Marc Blazar, president of the Saluda Business Association, says, “Saluda is a small city with a huge number of volunteers who make this community a special place to own a business and live. Lynn’s contributions in 2022 to promote the city and its businesses and help get Saluda back to ‘normal’ after the pandemic made her the obvious pick for this award.”

This is the second year the SBA has given out the Cathy Jackson Volunteer of the Year Award. The SBA created the award in 2021 and presented it to the award’s namesake Cathy Jackson, who enthusiastically and creatively promoted Saluda.