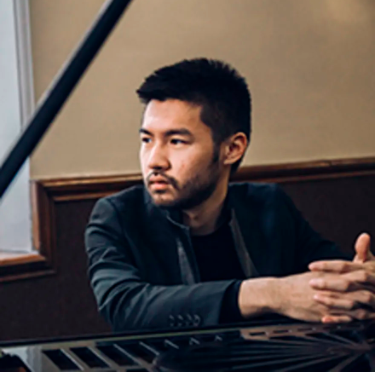 Pianist Conrad Tao will perform in the first subscription series concert of Tryon Concert Association’s 2022-2023 season. This will take place on Tuesday, October 4th, at 7:30 in the evening at Tryon Fine Arts Center. The Foundation for St. Luke’s Hospital is hosting an opening night reception for concertgoers before the performance.

Tao has garnered awards and accolades for his innovative programming and championing of new music. Despite his youth, he is a veteran performer, having made his debut as a soloist at age eight with the Utah Chamber Music Festival Orchestra. He has since appeared with major orchestras, including the New York Philharmonic, the Cleveland Orchestra, the Los Angeles Philharmonic, and the Boston Symphony. In addition to his performances with orchestras, he performs frequently in small ensembles, often with friends such as violinist Stefan Jackiw and cellist Jay Campbell.

Also a composer, Mr. Tao has collaborated notably with dancer and choreographer Caleb Teicher. More Forever, a duet for piano and tap dance was commissioned by Works & Process at the Guggenheim and toured North America. Their latest work, Rhapsody in Blue, also commissioned by Works & Process, was performed at the Guggenheim’s first live performances after cancellations due to COVID. It was hailed as “monumental” by The New York Times.

This program consists of Chromatic Fantasia and Fugue by J. S. Bach, Kinderszenen by Robert Schumann, and Piano Sonata No. 31 by Ludwig van Beethoven. Included with these traditional pieces are newer works: China Gates by John Adams, Antennaria plantaginifolia “Pussytoes” by Jason Eckardt, Pastorale (Dedicated to Robert Schumann) by Fred Hersch, and Mr. Tao’s Keyed In. The program begins with an improvisation by Mr. Tao, a signature of his recitals.

Dubbed “ferociously talented” by TimeOut New York, Mr. Tao is a wonder among a new generation of musicians. Anthony Tomassini of The New York Times lauded him as “prodigiously gifted” after his Carnegie Hall debut. This performance promises to be an extraordinary event.

For information about this and other TCA concerts, please visit the TCA website at tryonconcerts.org.