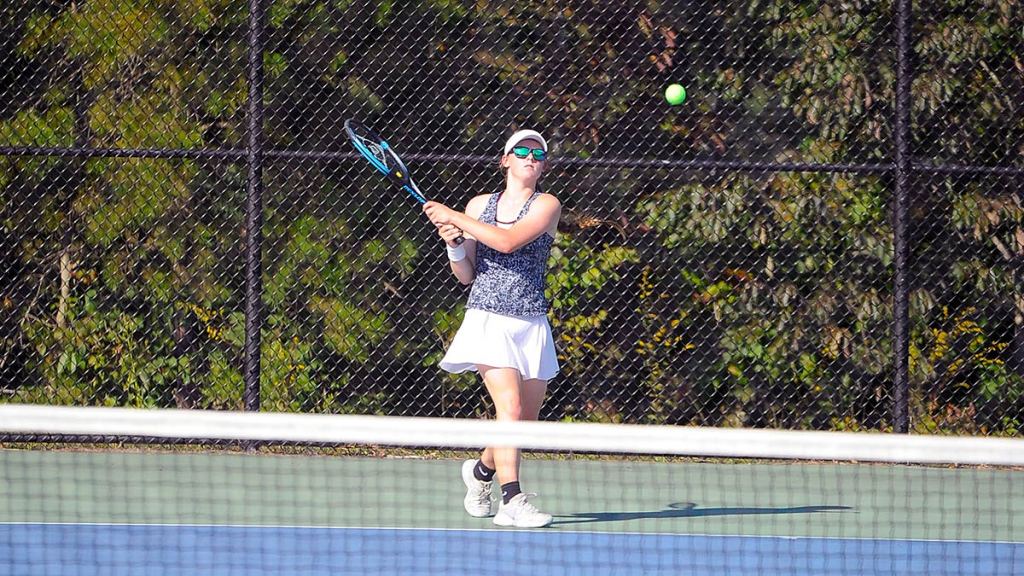 With a handful of firsts in hand – first-year head coach, first official school athletic event of 2022-23 – there’s still a bit of the familiar this season for Polk County’s girls tennis squad.

The Wolverines are set to open the athletic year on Tuesday, traveling to Owen for a 10 a.m. non-conference clash. They’ll do so with four starters and a couple of other players returning from last season as well as a group of newcomers.

All of those faces combine to give head coach Tracy Becker a roster of 12, and that may be her favorite fact of all entering the season opener.

“We actually have 12 players on the team, so I’m excited about that,” said Becker, who takes over for longtime head coach Richard Davis after serving as an assistant last season.

“I’m excited about the season.”

‘It’s very nice to have some experience back with the (Vitale) twins, Cameron Ward and Allie,” Becker said. “They were all in our top six last year, so it’s nice they’re returning.

“We picked up a new player, Bella Sheffron, and then we have Tali, who has really put in a lot of time in the offseason and it shows. Plus we picked up some other new people, so it’s a bit of everything.”

Also suiting up for the Wolverines this season will be Anna Jackson, Cameron Hodges, Rosie LaFauci, Kayleigh Wilson, Mia Wolfe and Jerica Clark.

Polk County will still have to contend with Mountain Foothills Conference rival Hendersonville, the three-time defending state 2A champions that returns much of its lineup. But Becker is optimistic that the Wolverines will be able to improve upon last season’s 2-11 record and make a bit of noise in the MF7 race.

“I think we’re going to be a little more competitive, especially with the girls putting in a lot of work in the offseason.

“I’m just excited that we have a team, because I was first worried about filling the team. But with all the new faces and then some familiar faces, it’s exciting.”