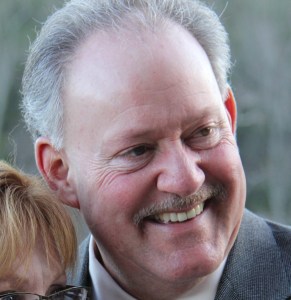 He was born to John and Leona Ulery Germano in Poughkeepsie, New York, the middle of three children.

He was a master builder/contractor with a keen ability to visualize and plan even the most intricate projects. For a handful of prominent clients, he built homes and family estates in Europe and in the United States. Additionally, he owned a courier and armored car business which served European and American banking interests in Europe, the United States and the Virgin Islands.

John served proudly as a Green Beret during the Vietnam conflict as the leader of a SOG Recon Team. This involved living and working with the indigenous mountain tribes of Vietnam, the Montagnards. He came to love their ingenuity and the loyalty they committed to the US troops. While there, he was severely wounded during a fire fight and spent almost a year in a full body cast while recovering in the States. For his bravery he was awarded a Bronze Star and Purple Heart.

He never let his physical limitations hold him back from living life fully; enjoying his Harley, his Corvettes and his various hobbies. He lived every day by the Green Beret motto “De Oppresso Liber” or ‘to free the oppressed’. To that end, he was mindful of the needs of those in his orbit and was ever ready to help in any way he could. This may involve serving them his exquisite, signature Italian dishes, sharing his home, his quick wit and his ready sympathy and anything else they needed. His hospitality knew no bounds. He loved his family and friends deeply and found joy in bringing them together over good food, wine and music.

He is predeceased by his squad of Green Berets brothers who insisted on following him into the battle which culminated in John’s 1969 wounding; also by his dear friend Warren Patrick Miller in 1991, and his father, John Sr. in 2014.

He is survived by the love of his life, his wife, Maureen T Murphy, his mother and sister, Leona and Gail Germano of Raleigh, NC; his brother Craig (Laine Miller) of Tryon, NC, and his children: Gina Mahar-Daniels (Sean); Chad Germano; Mike Dostert; and his lovely grandchildren, Gumbrotti Banyai (Brittany); Chloe Banyai; Griffin Mahar; and Anakin Germano. He has also been blessed with lively great-grandchildren: Parker Orbich, Kade and Gunnar Banyai and a fourth on the way as well as his best friend and buddy-in-mischief, Lou Rossi of Columbus, NC.

When our family thinks of “Jay” we think of his wicked wit, his infectious laugh and his great, big-hearted approach to living life. In the words of a modern song by Onerepublic, “I Lived”

I owned every second that this world could give

I saw so many places, the things that I did

Yeah, with every broken bone

I swear I lived

John will be buried with honors in Arlington National Cemetery in Arlington County, Virginia. A celebration of his amazing life will follow the burial in October, 2022.