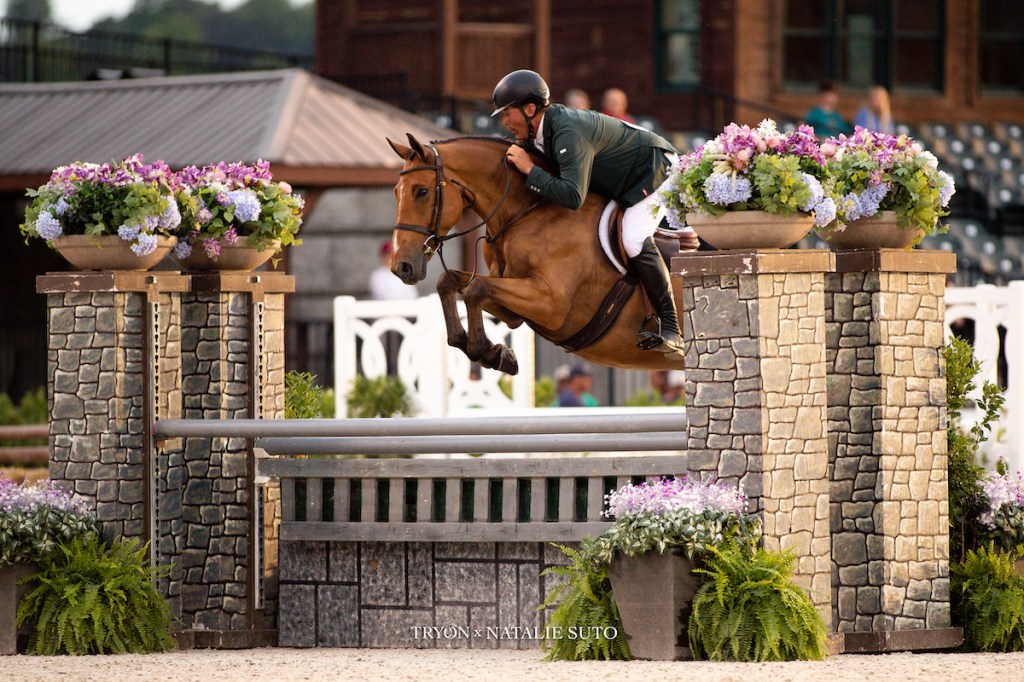 The Tryon Riding & Hunt Club’s (TR&HC) 94th Charity Horse Show lived up to its historic tradition for competitive excellence and philanthropy, as more than 600 horses from all over the country experienced the hospitality and excitement of this historic event.

Competitors were welcomed with boxes of cookies, ringside-to-go breakfasts, lemonade and other treats.  Thursday evening was a hit for dog lovers when Ron Danta of Danny and Ron’s Rescue was featured at a book signing for their new children’s book series ‘Life in the Doghouse.’ Friday night showcased the return of the popular Carolinas Show Hunter Hall of Fame after a two-year hiatus due to COVID.  After the hall of fame induction ceremony, guests had prime seats to view the spectacular $40,000 International Hunter Derby.

“We try to bring back that personal touch and hospitality of the small horse shows of the past,” said Angie Millon, TR&HC President and committee chair of the Charity Shows.  “It was exciting to see such a great turnout and watch the outstanding competition!”