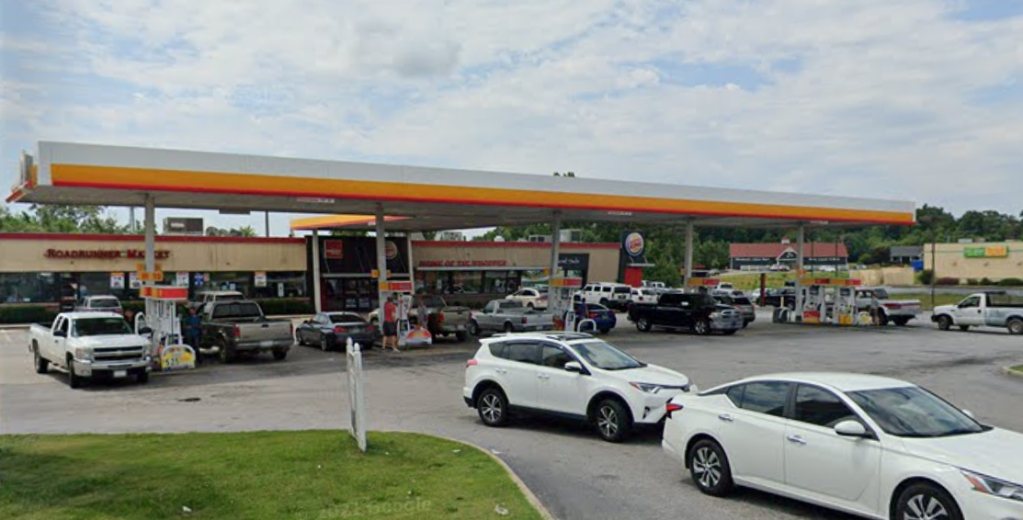 The Shell station in Landrum, just off I-26 (Photo courtesy GoogleMaps).

FOOTHILLS––Gas prices in North Carolina and South Carolina have been on the rise, jumping to an average of $4.39 per gallon. Last month, the N.C. average was $3.93 per gallon, according to gasprices.aaa.com.

Before the recent surge in prices, the highest recorded average gas price in North Carolina history was in September of 2008, when the average price for a gallon of regular gasoline was $4.08.

In Polk County, the average gas price tops the statewide average at $4.48 per gallon of regular unleaded gasoline, as of press time. For diesel, the cost per gallon averages $5.56.

An employee at Jackson’s Wrecker Service in Columbus, who did not want to be named, recently shared with the Bulletin how these high prices are affecting the towing business.

“We’ve increased our prices on towing. Diesel fuel has almost doubled, so we had to compensate for that.”

He says there has been an increase in calls recently, so he believes there hasn’t been an effect on travel, especially on Interstate 26.

With prices originally at $60 for local tows, Jackson’s Wrecker Service now charges $75 to compensate for the jump in gas prices in North Carolina.

In South Carolina, the current average prices for regular unleaded gasoline and diesel fuel are $4.28 per gallon and $5.44 per gallon, respectively.

Capps Brothers Woodyard and Mulch, a wood product manufacturing business in Landrum, has experienced a negative impact from the rise in gas prices, as well.

“We have contract haulers,” says an employee at Capps Brothers who wished to remain anonymous. “They have their own truck and haul for us, so they pay for their own gas.”

“We can’t budget, because you have to drive to make money. It’s just taking a lot more of it,” she says.

Capps Brothers isn’t having to lay anyone off as of now. The employee states that Capps hasn’t increased the prices of their woodchips because their main customer, who makes paper products, has a set price for what they pay.

Within the past few months, residents of N.C. and S.C. have seen a drastic increase in fuel costs, which have shown no signs of lowering.