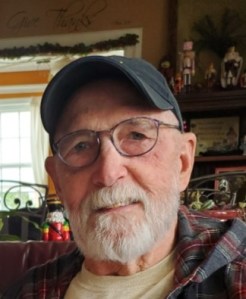 LANDRUM — Robert Joseph Jutzi (“Bob”), 76, of Landrum, passed away on February 15, 2022, peacefully and surrounded by loved ones and his dog Lula.

Bob was born on December 13, 1945, to Joseph and Mildred Jutzi in St. Louis, Missouri. After graduating from Ferguson High School, he joined the Navy and served on a ship named the USS Casa Grande in the Mediterranean for several years in which some of his most favorite memories were made.

After his tour in the Navy, Bob went to work for his father and began his career in the hardware business. A few career moves later, he ultimately took a job with Bommer Industries in Landrum, SC, the town he made his home until the end.

Bob was known as a gentleman, a jokester, and the most loyal friend and father one could ever know. He loved spending time with his therapy dog, Lux, graciously donating his time to those who needed a smile. He was well known for fishing on Lake Lanier dressed as Santa on Christmas morning and his ability to captivate anyone with a story. Above all, his family meant more to him than anything else in the world, something he often mentioned.

A memorial service will be held at the McFarland Funeral Chapel in Tryon on Saturday, February 19th at 5:00 in the afternoon with Reverend Stacey Peek officiating.

In lieu of flowers, please send donations in Bob’s name to Agape Care Hospice House in Landrum or the Shriners Children’s Hospital.