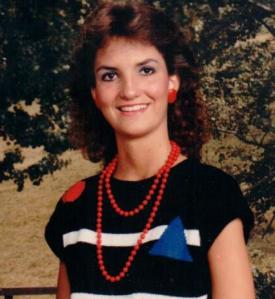 Columbus, NC– Tracie Allison Foster, 52, of Columbus passed away September 26, 2021, in Venice, FL. She is the daughter of George and Janet Hutcherson Foster.

She was a member of the Columbus Baptist Church, was in the choir, and the handbell choir. Tracie was in the Beta Club, the Band at Polk Central High School, selected for the Spirit of America Marching Band; was in the talented and gifted student program with Appalachian State University and was in the Polk County Majorettes.
In addition to her parents, she is survived by a son, Nathan Foster, and a daughter, Jennifer Griffin both of Columbus; two brothers, Scott Foster and Jody Foster.
As per Tracie’s wishes, she was cremated and returned to the Western North Carolina Mountains.