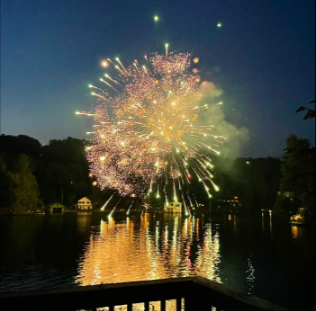 Editor’s note: Over the next several issues, we will publish our annual look back at some of the top stories, news makers and images that shaped the year 2021. Following are several of the top stories published in the Bulletin in July, August and September of 2021:

Saluda approves new budget
SALUDA—The City of Saluda has a new budget with a tax rate of 67.5 cents of property valuation, as the city did not choose to go revenue neutral after the recent property revaluation.
The Saluda Board of Commissioners held a public hearing and adopted the budget Monday night during a special meeting.
The new budget year begins July 1 for fiscal year 2021-2022.

Possible help for Lake Lanier Dam
LAKE LANIER—Tryon’s mayor pro-tem Chrelle Booker has put the town on the National League of Cities’ radar to get help to pay for repairs to the Lake Lanier Dam.
Booker is a member of the NLC, which just launched its new Ready to Rebuild report, which includes the Town of Tryon for its dam and water needs.

New Outreach homes
COLUMBUS—Thermal Belt Outreach now has 2 transitional homes available on the property thanks to a partnership between Outreach and the Polk County High School Construction program.
An open house was held on Thursday to show the new homes.
The project includes Outreach partnering with several agencies, to include the affordable rental housing, a daycare facility with the WCCA and a foster home with the Polk County Department of Social Services. 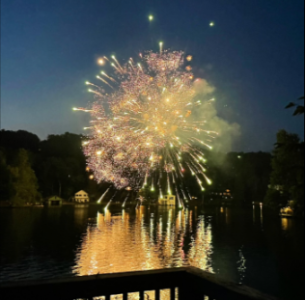 Rocking the 4th
LAKE LANIER—Maybe it was because of the pandemic relaxing, maybe it was because Columbus did their celebration on Saturday, but Lake Lanier was the place to be locally for the 4th of July on Sunday.
The lake was packed with homeowners and visitors all day and night with a parade that started at 2 p.m. with 21 boat entries, which was the most entries in many years.
The day ended with boathouses shooting fireworks for hours, with large shows in all 3 basins.

AAUW dissolves
TRYON—The Tryon area branch of the AAUW dissolved on June 30 after 34 years serving the area.
The area AAUW was chartered in 1987 with 30 members. The branch dissolved because it could no longer sustain because of decreasing membership and the aging out of active members.
Secretary Sidney Gooding said the Covid-19 pandemic contributed to the organization’s demise as well.

Rising taxes
POLK COUNTY—Tax bills came last week and some people are experiencing sticker shock.
Some people took to social media after receiving their tax bills for fiscal year 2021-2022, which began July 1.
There are a lot of factors if a property owner’s taxes increased, including how much a property value increased following the recent property revaluation.

New Landrum Farmers Market
LANDRUM—The west side of Landrum could be taking a turn for the better soon.
Landrum City Council and other leaders broke ground on the new site for the Farmers Market Pavilion recently.
Landrum Mayor Bob Briggs said the construction of the pavilion is set to be finished in October, but will likely be complete in November of this year.
Construction is now scheduled to be complete after the first of the year.

Polk sets up $110K in YMCA funding
COLUMBUS—The Polk County Board of Commissioners has made some moves over the last couple of months to get ready for a YMCA facility in the county.
Commissioners met Monday and approved a project budget ordinance of $110,000 for a YMCA facility.
Last month commissioners established a YMCA Development Committee and appointed members who will work on developing a facility with the YMCA in the county. 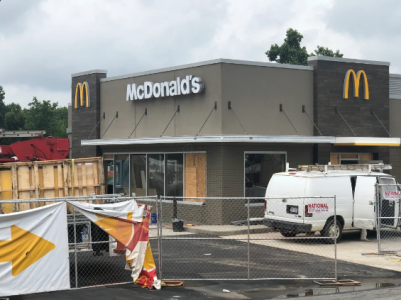 Mc-remodel
The McDonald’s in Columbus is taking shape as the store is undergoing a major remodel over the last several weeks. The building is being made to look like many McDonald’s over the country with a new, modern look.

9 cases in 1 day
POLK COUNTY—Tuesday was eye-opening day in Polk County that the COVID-19 virus is far from over.
The Polk County Division of Public Health reported 9 new cases on Tuesday alone, which was the highest daily count the county has seen in months.
“Cases are rising, but what is a case,” said Polk County Health and Human Services Director Joshua Kennedy. “A case is your neighbor, your aunt, your uncle, your mother, your son, or possibly your grandchild. As Rev. Franklin Graham recently stated regarding the importance of getting a COVID-19 vaccines, it is about preserving all life and the lives of those we love.

Resident starts petition for Lake Adger Dam
MILL SPRING—Polk County resident Irene LeCourt started a petition this week that had already gained 238 signatures as of Friday morning to get the state to help pay for repairs to the Turner Shoals Dam at Lake Adger.
Polk County owns the lake and the dam and is looking at millions in repairs. The dam was constructed in 1924.
The petition is asking North Carolina Rep. Jake Johnson, who is from Polk County and is a former Polk County Commissioner to continue his efforts to get state funding.

Helicopter rescue
SALUDA—An injured hiker was rescued from the Green River game lands on Saturday by helicopter.
The Saluda Fire & Rescue Department was called to an injured hiker and had to extract the victim by helicopter because of the terrain.
The NCHART Team brought a helicopter in the afternoon to the game lands and successfully secured the victim and transported them to the hospital.
Board of Education vote on face coverings in schools
The Polk County Board of Education voted Monday to make face coverings encouraged, but optional, for students and staff for the start of the 2021-22 school year.
During a specially called meeting at Polk County Middle School, the board voted 6-1 to provide students and staff the option of whether to wear face coverings as protection from the COVID-19 virus.

Evacuation at the high school
COLUMBUS—A truck fire at Polk County High School caused an evacuation of the entire school Tuesday morning.
Students went back to school on Monday in Polk County.
Polk County Superintendent Aaron Greene made an all-call saying there was a fire and everyone was evacuated but no one was in danger. The fire was extinguished and students and staff were able to re-enter the building shortly after.

Record number of COVID cases for Polk
POLK COUNTY—Polk County had a record week this week in COVID-19 cases, picking up an additional 75 cases and a 17.3 percent positive rate.
The Polk County Division of Public Health sent its weekly COVID update on Friday stating that the county has had a total of 1,789, up from 1,714 cases last week.
The county has had 33 deaths from the virus and 79 hospitalizations, according to Friday’s report. 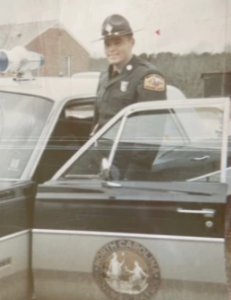 Former sheriff dies
COLUMBUS—Former Polk County Sheriff David Satterfield died on Wednesday at Hospice of the Carolina Foothills in Forest City. He was 75.
Satterfield was a North Carolina Highway Patrolman from 1967-1993 and served as Polk County Sheriff from 1998-2006.
Prior to his law enforcement service, Satterfield served in the United States Army during the Vietnam War and was awarded several medals, including the Air Medal, Vietnam Service Medal, National Defense Service Medal, Aircraft Crewman Badge, Vietnam Campaign Medal and the Purple Heart.

Drive-up Taco Bell coming to Columbus
COLUMBUS—Construction has begun on a drive-thru Taco Bell in Columbus.
The new Taco Bell is being constructed in the Food Lion complex parking lot on Mills Street.
The Columbus Planning Board has been discussing the new development for a few months.
There is currently a Taco Bell with the Kentucky Fried Chicken in Columbus, but those franchises are parting ways.

COVID shuts down 3 schools
POLK COUNTY—Less than 2 weeks into the school year, Polk County had to temporarily close 3 of its schools because of COVID-19 impacts.
Polk County Schools Superintendent Aaron Greene called families Thursday afternoon to say that Polk Central, Polk Middle and Polk High Schools will be closed Friday and Tuesday.

Hit and run Wednesday
PEA RIDGE—A hit and run of a car versus bicyclists sent one cyclist to the hospital on Wednesday afternoon.
Police are searching for a small black Honda SUV with faded black paint that has significant damage to the right front bumper. The right side mirror is also missing as it was left at the scene.
The hit and run occurred just before 2 p.m. on Wednesday along Highway 108 near Bobwhite Drive in Polk County. Both cyclists were thrown from their bikes and one was taken by ambulance as a trauma to Spartanburg Regional Medical Center.

Saving an historic church
SALUDA—This year the Saluda Presbyterian Church will turn 125 years old, making it the oldest building in the historic district.
A group is raising money now to save the church and do needed renovations.
A fundraiser is planned for 2 p.m. Oct. 5 at the Tryon Country Club. There will be a silent auction and fashion show, with tickets on sale at Thompson’s Store in Saluda and the Dressing Room.
The church sits at the top of the Saluda Grade, with Saluda Presbyterian Pastor Lin Johnson saying it is a scene that looks like it came from a Normal Rockwell painting.

Mask mandate for Polk schools
COLUMBUS—After having to close 3 schools temporarily because of COVID-19 cases and having more than 550 teachers and students in quarantine, the Polk County School Board reversed its earlier decision and is now requiring masks.
The Polk County School Board called a special meeting on Tuesday night and approved a resolution requiring masks at schools for all students and faculty beginning immediately by a 5-2 vote.
Members Judy Jackson and Danielle Gibbs voted against the motion, while members Rick Covil, Sara Bell, Mike Ashworth, Cindy Allen and Sherry Page voted for the motion. 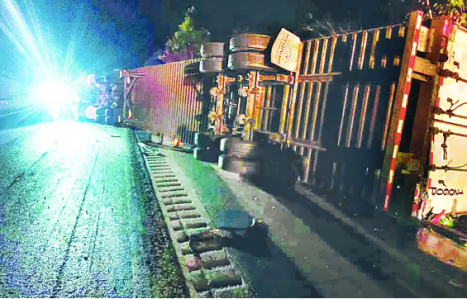 Intoxicated driver strikes Polk Rescue Squad
SALUDA—An overturned tractor-trailer on Interstate 26 Sunday night ended in an intoxicated driver striking a Polk County Rescue Squad vehicle.
The Columbus Fire Department reported that while working the scene with multiple other agencies on I-26 East the vehicle was struck from the rear.
“While we understand there are minor inconveniences with traffic slowing or having the interstate shut down, the safety of all personnel working a scene is the priority of the officers in charge,” the Columbus Fire Department said in a statement. “We do this in order to ensure that all of our people and the victims involved live to see another day.”

Sheep rescued at CooperRiis
MILL SPRING—The Polk County Animal Control got an unusual call last week to help rescue a sheep.
CooperRiis, in Mill Spring, said little Agnes, one of their newest sheep, decided to investigate a storm drain and got stuck inside. The entire CooperRiis community came to her rescue along with animal control, Jones Lawn Services & Landscaping and the Polk County Sheriff.

Tryon cleans up lot for new park
TRYON—The Town of Tryon recently created a new park after removing kudzu, thanks to a grant from the Polk County Appearance Commission.
The Appearance Commission granted the town $1,000 to help clear kudzu on a half-acre lot near the center of town on East Howard Street.
The lot has a stream running through it and was vacant and had no beneficial use because of the kudzu.