THE ART OF MARKSMANSHIP

Story and Photographs by Erin Boggs 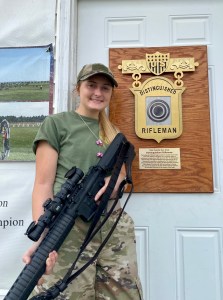 Marksmanship, like any art, requires perfection of form, disciplined practice, dedication and passion. At the Polk County N.C. Gun Club, you will find a remarkably high concentration of individuals who rank in the top echelon of marksmen in the United States.

It’s not widely known that the Polk County Gun Club has so many accomplished marksmen. But among this group shines one truly exceptional individual, a markswoman. Her name is Haley Robinson.

Haley is one of the only women in the United States to have received the Distinguished Marksman Badge. Managed by the Civilian Marksmanship Program (CMP) and instituted in 1884, the honor of a Distinguished Marksman Badge is only for the highest- ranking marksmen in the country. For perspective, the CMP has issued less than 3,000 badges. Haley’s badge number is 2378. Not only is it a rarity to be a female in this elite group, but also, to be so young. She achieved this feat in 2017, at just 17 years of age.

In addition to this accomplishment, in June 2019, she shot a 200 with 9X in standing, and got the NRA national record for the High Junior Service Rifle and tied for the Women’s national record. That same year, she won the 2019 North Carolina State Championship and repeated that win again this year, 2021. She has also won numerous CMP Presidents 100 awards. The entire list of her awards, too many to mention here, is long and impressive.

Born and raised in Polk County, Haley began learning valuable skills from her dad, Bobby, at an early age.

Haley says, “When I was little, we would hunt. He would take me out hunting when I was just a baby, but it was archery, so I would never do anything and he wouldn’t kill anything. He’d just take me out there and hunt. Then when I was around age four, we started with these books. He made these little clear circles with a cross hair. The books had pictures of deer. Then he would ask me ‘Where would you shoot the deer?’ and then I would put the crosshair on where I thought the deer needed to be shot. So, then I got into hunting at a really young age. I started at the range at four years old, and I killed my first deer at age five. Now I’m 21 and still shooting at this range.”

“I really started shooting in 2017, on this team. That year I was traveling all over the place to competitions. We went to Oak Ridge, Tennessee, Butner in North Carolina, River Bend in Georgia, Talladega, Alabama and Belton, South Carolina. And of course, Perry, Ohio,” Haley says. The Nationals are held at Camp Perry in Ohio every year. 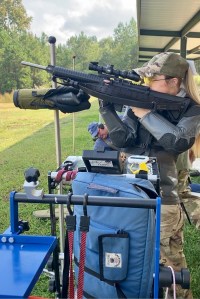 The Head Coach and a Distinguished Marksman, Bobby has mentored and coached Haley in the sport all her life. He gives all the credit to Haley for her remarkable achievements. “This is her. She did this. She did the work. I coached, I fathered, I mentored. And I pushed! But at the end of the day, she is the one who did all the work,” says Bobby.

Hitting the three-inch wide target “X” from 300 yards away takes incredible skill. Haley is able to do this over and over, even under the pressure of competition.

When asked how she keeps such a cool head and maintains her accuracy while competing, Haley says, “I have low blood pressure and my dad always says that’s what keeps me calm. But I don’t know, I just don’t get nervous that much. I’m in my own little zone and I don’t pay attention to anything else. Also -you have to get your positions right. It’s mainly your positions. Then, it’s a lot of time and practice.” While in high school, she practiced every day. And during that time, her high marks in one competition earned her the nickname “The Punisher.” These days, she attends Western Carolina and practices on weekends.

Haley also has the advantage of being on an excellent team, The Polk County Gun Club Junior Highpower Team, where all members and coaches support and encourage one another.

Assistant Coach Greg Ficklin, a U.S. Marine Corps veteran and Distinguished Marksman, learned how to shoot fundamentally to military standards, and that is the standard for the team. He says they accept team members starting at age 14, but if the individual is younger, they take them on a case-by-case basis. The team members are allowed to be on the Junior team until December 31st of the year they turn 20. However, due to the pandemic, everyone who was aging out in 2020 received an extra year extension. Once they age out of the Junior team, “We encourage them to continue on in competitions,” Greg says. “The objective is to teach safe, productive and goal-oriented use of firearms.”

Greg says when he was a young person, this type of focused training program was not available to him. By shortening the path through training, they help the team master skills much faster than ever before. “We have very good success with our team members. They usually earn a Master Badge within their first year,” says Greg.

Assistant Coach Ed Skeels says “Teaching shooting skills is just part of being a coach. Instilling traits, such as sportsmanship, honesty, desire to succeed, and a willingness to work together as a team” are all part of being a coach. “The team has accomplished these life goals. Anywhere we go, the team is complemented on their skills and demeanor. I’m extremely proud of their accomplishments and work ethic.”

Joe Cossette’s son Colby is on the team with Haley. “Excellence breeds excellence,” says Joe. “It is an honor to be part of this program. Colby has two coaches and his teammate who have all three received the Distinguished Rifleman Award for excellence in shooting. It makes everyone on the team believe that this elusive achievement can be reached, and it brings out the best in each other on the range when they shoot. In some gun clubs, High Master level shooting is spoken of in legends and lore. In Polk County, it is an everyday reality. Some say that this sport is 10% technical and 90% mental. Our coaches do very well with teaching and encouraging both.”

In 2022, Haley will become a coach for the Junior Team and intends to keep competing in matches all over the U.S. Her amazing success, as well as the Team’s, will hopefully serve as an inspiration to many who wish to achieve excellence in marksmanship. 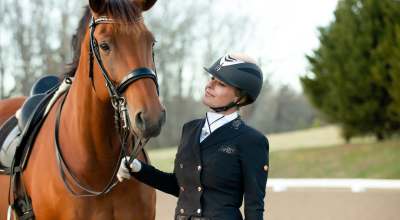 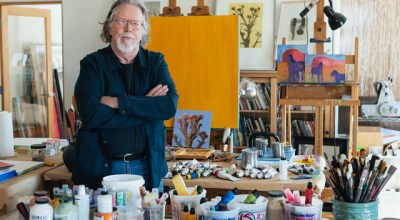 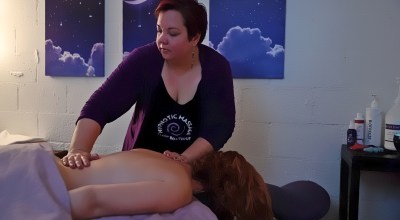 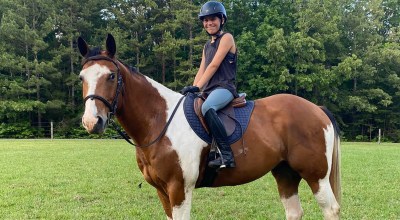