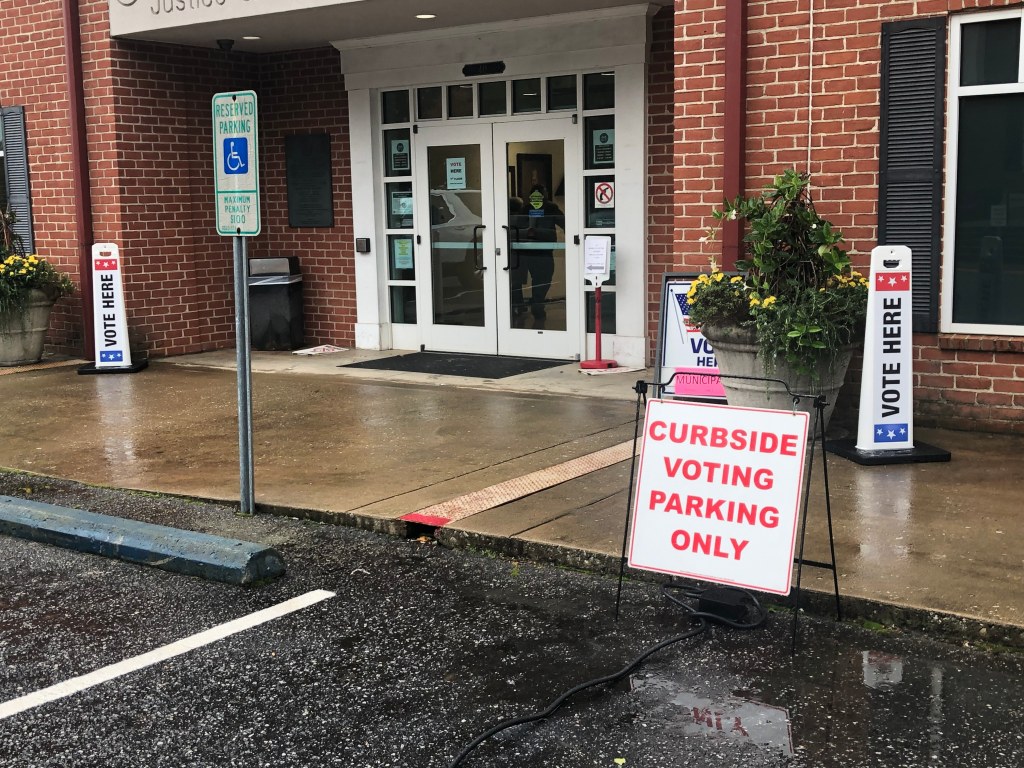 Early voting ends Saturday at 3 p.m. and the municipal election will be held on Tuesday at each town’s polling place from 6:30 a.m.-7:30 p.m. (Photo by Leah Justice/Tryon Daily Bulletin)

POLK COUNTY—Early voting ends at 3 p.m. Saturday and Election Day for the municipalities will be on Tuesday, Nov. 2.

Voter registration will not be possible on Election Day. Only registered voters will be able to cast their votes Tuesday. People are able to register at the same time as early voting with photo identification or proof of residency required. Early voting Saturday is from 8 a.m.-3 p.m. at the Polk County Board of Elections in Columbus.

As of Friday morning, there had been a total of 74 early votes cast in all 3 towns. Columbus had cast 32 early votes, Saluda had cast 22 votes and Tryon had cast 20 votes, according to the Polk County Board of Elections.

Only incumbents filed for the Town of Tryon, including mayor Alan Peoples and commissioners Bill Crowell and Bill Ingham.

In Columbus, mayor Pat McCool filed for re-election and incumbent councilmen Richard Hall and Mark Phillips. Councilman Robert Williamson did not file for re-election but Becky Kennedy filed to fill his seat.

The only race in the county is for Saluda Mayor as Mayor Fred Baisden is being challenged by Tangie Morgan. Saluda commissioners Paul Marion and Mark Oxtoby both filed for re-election with no challengers.

For more information about the municipal election visit polknc.org or call the elections office at 828-894-8181.

The Year in Review