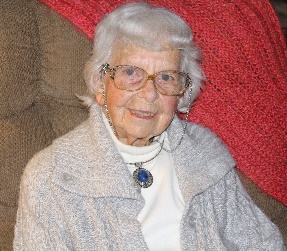 Saluda– Martha Coates Ashley, 93 of Saluda, NC went home to be with her Lord and Savior on October 15, 2021. She was born on April 4, 1928. the oldest child of John T. Coates (former Saluda Mayor) and Janie M. Coates (a Saluda schoolteacher).

Martha graduated from Saluda High School in 1945, then went on to earn a BA degree in History and Social Studies at Women’s College of the University of NC, Greensboro in 1949. Years later, in 1988, she went back to school and received a master’s degree in Early Childhood Education from Gardner Webb College. After college at WCUNC Martha followed in her mother’s footsteps and became a teacher in Yadkinville for two years.

In 1951 Martha moved back to Saluda and married her high school sweetheart, Allen Rhoads Ashley which was the start of a wonderful and loving 57-year relationship. As a teacher in Saluda and Mill Springs, she played a huge role in educating many of the area’s children in various grade levels during a career spanning 32 years.

Martha’s contributions to community affairs were outstanding and numerous: a lifelong member of Saluda Presbyterian Church, she participated in Women’s Club, Community Club, Women of the Church, Historical Assoc. of Polk County, Historical Saluda Committee, Saluda City Planning Board, Southern Appalachian Mineral Assoc. of Ashville, Hendersonville Gem and Mineral Society, NC Retired Teachers Assoc., National Education Assoc., and other groups and committees too numerous to list. In her spare time, she loved to sit on the back porch of her picturesque and historical Crystal Springs home, watching the birds and butterflies, and the many Saluda residents, family members, and friends enjoying the cool refreshing water of the Pond.

There will be a graveside service at Saluda Cemetery at 1:00 pm on Monday, Oct. 18. In lieu of flowers, memorials may be made to Saluda Presbyterian Church, PO Box 638, Saluda, NC 28773.