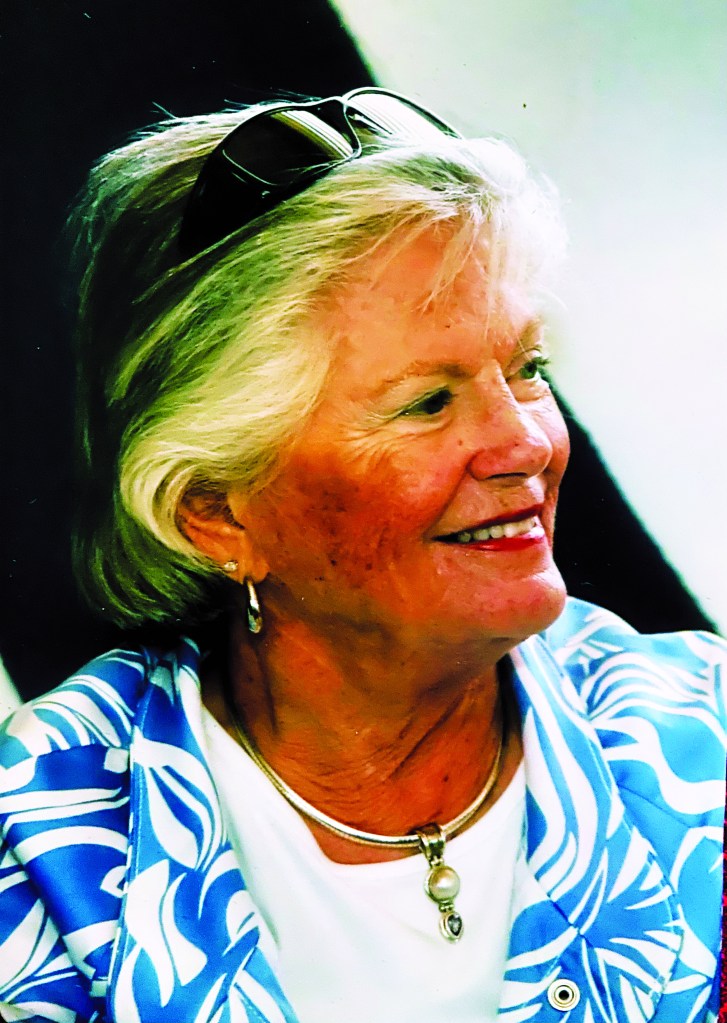 As a child she was a devoted member of the Osceola Marching band. Married to Lloyd (Bud) Oliver Hoffman Jr., son of Dr. Lloyd Hoffman and Glady Heacock Hoffman of Omaha, NE. Joann attended and graduated from the University of Minnesota with a degree in Primary Education. She taught elementary school in Omaha before giving birth to her first son Lloyd (Trip) Oliver Hoffman III.

She is survived by her Husband of 72 years and their four children, Ann Chamberlain Hoffman Thomas, Frederick Eklund Hoffman, and identical twins Katherine Hoffman Brown and Elizabeth Hoffman Maust.

She was a committed volunteer acting as a docent of the Minnesota Museum of American Art in St. Paul and a life-long member of the Junior League serving in Omaha NE, St. Paul MN, and Annapolis, MD where she continued in Sustainer status.

Joann and Bud moved with their five children to Annapolis, Md in 1965. They were members of the Annapolis Yacht Club and Bay Hills Golf Club, Our Shepherd Lutheran Church in Severna Park and later Gloria Dei Lutheran Church in Arnold. Joann was instrumental as a volunteer for Historic Annapolis, the organization most responsible for saving Annapolis’s historic downtown architecture in the 1960’s and 70’s. In the Annapolis area, the Hoffman’s lived in Ulmstead and later South River Landing before retiring to Key West, Florida where they were avid boaters and golfers – Joann acted as a volunteer for the Key West Woman’s Club.

Enjoying retirement Joann hosted and entertained friends visiting from around the country as well as those in Key West. She and Bud also enjoyed extensive international travel as well as a two-year stint on the road touring the United States and Mexico before finally settling in Tryon, NC. Joann was an active member of the Tryon social community, a member of the Tryon Congregational Church, and also served as a Visiting Volunteer at Tryon Estates to the residents in their Assisted Living facility.

She was predeceased by her son Trip, and her sister-in-laws and their husbands Shirley (Shird) Hoffman Rydman and Robert Rydman, Phyllis (Phyd) Hoffman Engdahl and Dr. Walter Engdahl. She is also survived by her brother Robert Gregg Eklund of Portland, Oregon,10 grandchildren and 4 great grandchildren. Joann is known to have often stated that even when considering her life of volunteering, community service, and entertaining, she was most proud to have been a mother.