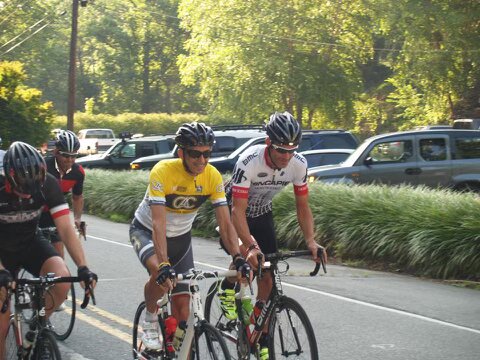 Cancer ride on the grade

Annual Climb to Conquer Cancer in April
On April 24, there will be a Climb to Conquer Cancer bicycle race up and down the Saluda Grade.
Starting at 8 a.m., John Cash, organizer of the race, and many others will participate in the race which will begin and end at the Caro-Mi restaurant in Tryon.
The Climb to Conquer Cancer race did not occur last year due to Covid, though Cash still considers this year’s race to be the 11th annual race.
In the past 11 years, the race has raised over $130,000 to support the Gibbs Cancer Center Survivorship Program at Spartanburg Regional Hospital, where Cash is on the board of directors.
“I’ve always felt there’s three parts to cancer: being told you have it, being treated, and then the ‘after,’” Cash says.  This program, therefore, is for the survivors of cancer to teach them how to live after cancer and how to not live in fear.
Cash says, “This program started about fifteen years ago to facilitate healing and rehabilitation for folks after cancer.”
In 2006, Cash went on a bike ride in Italy with Lance Armstrong who influenced Cash to come back home thinking, “I need to do something useful with what I like to do, which is cycling.”
Cash says, “A lady here in town told me she’d give me one-hundred dollars for every time I ride the Saluda Grade, and I made a thousand dollars. We’ve been doing it ever since.”
Cash then organized the Climb to Conquer Cancer race eleven years ago in which 10-50 people may participate by cycling the Saluda Grade up to ten times up and down.
This year’s Climb to Conquer Cancer is going to be in honor of Dr. Todd Walters in Landrum who is currently suffering from cancer and is planning on coming out to ride a lap up and down the Grade.

Dr. Walters says, “It’s amazing that John’s riding in honor of me this year. He’s done so much for this community, and he and I have talked a lot about my diagnosis and what I’ve been going through, so it’s a great honor to ride with him.”

Polk County’s young ones had plenty of fun Friday evening. It took a bit of time for the Wolverines to... read more