From Tryon to the NBA 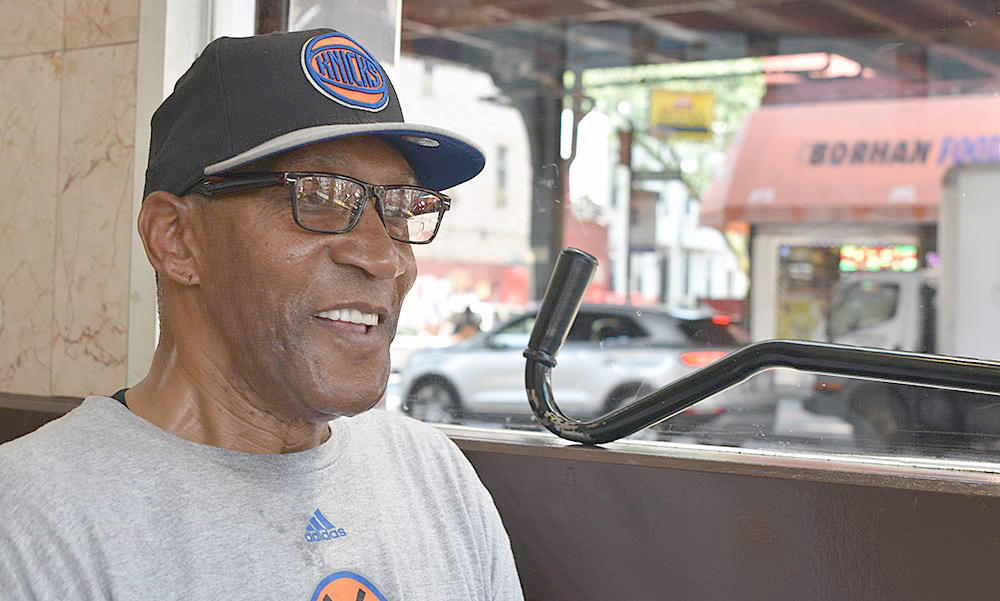 Harthorne Wingo, the only Polk County native to ever play in the National Basketball Association, died Saturday, Jan. 23 at the age of 73.

The New York City Office of the Chief Medical Examiner confirmed Wingo’s death. A cause of death was not immediately available.

Part of the first integrated class at Tryon High School, Wingo would travel from the courts of Polk County to the famed playground at Rucker Park in New York City to the bright lights of the NBA, playing for the New York Knicks.

He was part of the Knicks’ 1973 world championship team, lining up next to legends such as Willis Reed, Earl Monroe and Walt Frazier. He played four seasons with the Knicks before deciding to continue his professional career outside the U.S.

A fan favorite throughout his time in New York, Wingo would eventually be immortalized in the Beastie Boys song “Lay It On Me” (“My favorite New York Knick was Harthorne Wingo. . .”).

Wingo played professionally in Italy, Switzerland and South America before retiring and moving back to New York City. Leaving the NBA for overseas play would be one of the biggest regrets of his career.

“Italy was good,” he said in a 2017 interview. “We traveled all throughout Europe. Spain, France, Italy, Bucharest in Romania. Had a great time. To win the Euro was good. We were the first Italian team to go back-to-back. That’s the second-best team in Europe. First is the Cup of Champions.

“I enjoyed it because I had the chance to play the whole game. I did great. I had a double-double, 21 points and almost 13 rebounds, leading scorer and rebounder. That’s what I wanted more than anything, to play. But it’s not the NBA. No matter where you go, it ain’t the NBA, simple as that.”

The tall, lanky youngster had already begun the integration process on the basketball court at Tryon High well before his official invitation to attend school there. He began playing pickup basketball at the invitation of legendary Tryon High standout Duke Fisher, befriending players who would soon be his teammates at Tryon.

Wingo, a senior, welcomed the move to Tryon High, a much shorter walk from his home. He joined the Tryon High football team, but “flunked out” by his own admission. So, he began preparing for basketball season and made his debut in the Tigers’ second game, scoring 20 points in a win over Brevard.

Wingo helped the Tigers put together a 15-game winning streak and win the Foothills Conference regular season and tournament championships, earning all-conference honors in the process.

Following his graduation from Tryon, Wingo attended Friendship Junior College for a year, then returned to Tryon. He soon began playing basketball in a Spartanburg textile league before deciding to try to take his talents to a larger stage.

“I did that for a year, and I thought, this has been good, but I really think I’d like to play more ball, so I decided to come to New York,” Wingo said in a 2017 interview. “I got on the Greyhound bus and I came to New York.”

Wingo would soon find a home at Rucker Park, perhaps the best known of New York City’s basketball playgrounds. He played with current and future NBA stars there, but also made his own mark, later named one of the 50 greatest to ever take part in Rucker’s Pro League.

Wingo received an invitation in 1970 to join the Harlem Wizards. and soon caught the eye of the Knicks, who steered Wingo to a contract with the Allentown Jets of the Eastern League. He led Allentown to a league title during the 1971-1972 season and earned selection as the league’s MVP. Wingo rejoined Allentown for the 1972-73 season, but soon got a call from the Knicks and, on Feb. 1, 1973, signed his first NBA contract.

The Tryon native would appear in 212 games with the Knicks, averaging 4.8 points and 3.5 rebounds per game. His best season came in 1974-75, when he played 20 minutes a game and averaged seven points and six rebounds while becoming a fan favorite in Madison Square Garden.

Following his retirement in 1983, Wingo returned to New York City and struggled with financial and substance abuse issues for several years. A rehabilitation visit in the early 1990s helped Wingo beat the latter, but an assortment of health issues plagued him for the rest of his life.

Following a PolkSports story in early 2018, a group of former teammates worked to bring Wingo back to Polk County. He eventually visited in February 2019, spending several days in the area, that visit capped by a benefit game at Landrum High School involving the Wizards.

Wingo also returned to the Tryon High campus, now Tryon Elementary School, and spoke to students about the journey that took him to the NBA and basketball courts around the world.

“When I left here in 1965, I wasn’t nervous at all, because I had some certain things I wanted to do in life,” he told the group. “I got on the Grayhound bus, and 800 miles I went to New York.

“I didn’t really have any problems because no one knew me. So, they would say, when I was playing ball in the park, who are you? What’s your name? And I would always say, my name’s Harthorne Wingo, and I’m from Tryon, North Carolina.”