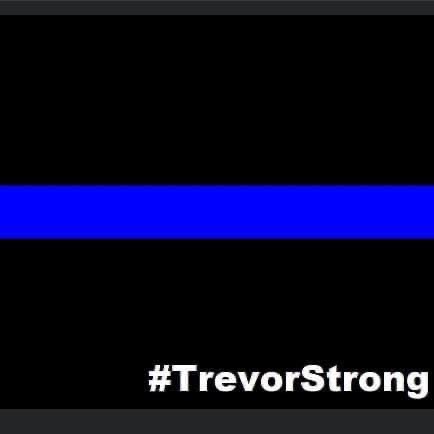 TRYON—The community was saddened Tuesday evening to hear of the passing of Trevor Arrowood, 25, who lost a long hard fought battle with cancer.

Arrowood followed in his father’s footsteps and was a police officer for the Rock Hill, S.C. Police Department when he was diagnosed with cancer.

He was the son of Tryon Police Chief Jeff Arrowood and Kerry Arrowood.

The community came together at almost midnight Tuesday following his death in Rock Hill and lined the streets between Columbus and Tryon with a parade of emergency vehicles bringing Trevor home from Rock Hill to McFarland’s Funeral Home in Tryon.

Social media has been flooded with “Trevor Strong” symbols and people speaking of what a giving heart Trevor had. He graduated from Polk County High School and was involved in many activities, including football and the FFA.

“We are so saddened to hear about Trevor’s passing,” said the Polk County FFA. “He was a big part of our FFA chapter for many years while in high school. He was always so kind, caring, genuine and selfless. He will be truly missed.”

“Officer Arrowood faithfully served the City of Rock Hill since 2017, following in his father’s footsteps in law enforcement after graduating from Western Carolina University,” the police department said.

The department said Arrowood was dedicated to serving the Rock Hill community and patrolled the city up until his first diagnosis.

The department said Trevor began treatment again and fought to return to duty and in between treatments still worked taking reports and answering calls.

“Officer Arrowood was relentless in his fight and amazed everyone with the tenacity he showed each day working through his treatment,” the department said.

The department thanked the Arrowood family for gifting them with a selfless guardian who truly served the Rock Hill Police Department and citizens.

“Officer Arrowood may have left us, the legacy he leaves behind will not be forgotten,” the department said.