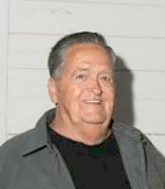 CAMPOBELLO, SC – Leon Donald Smith, age 78 of Campobello, SC passed away peacefully on Tuesday, December 29th, 2020. Born in Greenville Co, SC. Leon Smith was the son of the late Thomas Earl and Louise Smith of Tryon. He was a loom fixer for many years at JB Stevens Textile in Greer until the closing in 2001 and later retired from Hayssen in Duncan, SC. He was a Baptist by faith.

Also Surviving is Leon’s girlfriend Joyce Sawyer and her family.

The family will be at the home. Because of social distancing we ask they everyone to please wear a mask when they visit.