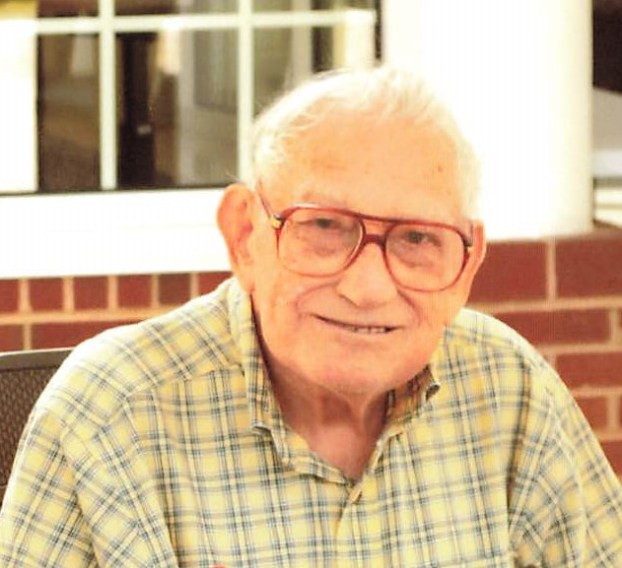 COLUMBUS, NC–Robert Cummins Dockendorf, 94, of Columbus, NC passed away on November 2 from

kidney failure. A kind and gentle man, with a sparkle in his eye, he was a role model for many. Bob was

the first baby registered in Chicago, IL on January 1, 1926, the son of the late William Peter Dockendorf

and Clara Derby. He grew up in Riverdale, MD and graduated from Maryville College in Tennessee in

30+ year career working with and advocating for people with disabilities. He was originally affiliated with

Easter Seals in Harrisburg, PA and moved to Baltimore, MD, where he served as executive director of the

Maryland League for the Handicapped. He also served as treasurer and vice president of the National

Council for the Handicapped and consultant to the National Association of Sheltered Workshops. Bob

disabled. He was especially devoted to Camp Greentop in Thurmont, MD, a camp for children with

disabilities where he also met and married his wife of sixty-seven years, Patricia.

Upon retirement in 1981, Bob and Pat moved to Warren, Vermont for fifteen years where they operated

a deli and restaurant at Sugarbush Ski Area, sold real estate, chopped a lot of firewood, and operated a

bed and breakfast. Bob’s absolutely favorite job was as a tour guide for Ben and Jerrys ice cream,

Upon moving to Tryon Estates, a life care community in Columbus, NC, Bob was a volunteer in the

community and was inducted into the Second Wind Hall of Fame. He gave presentations on “Who’s

Handicapped?” to service clubs and churches, worked with Meals on Wheels, House of Flags, and sang

in the Tryon Estates chorus. Bob loved to hike in the mountains, he wrote poetry, plays and a novel. He

enjoyed watching his grandchildren’s soccer and lacrosse games. Bob was very proud of the

accomplishments of his children and grandchildren.

and Charlie Dockendorf. He is also survived by eleven nieces and nephews.

Anyone wishing to make a donation in his honor may contribute to Camp Greentop, c/o The League for