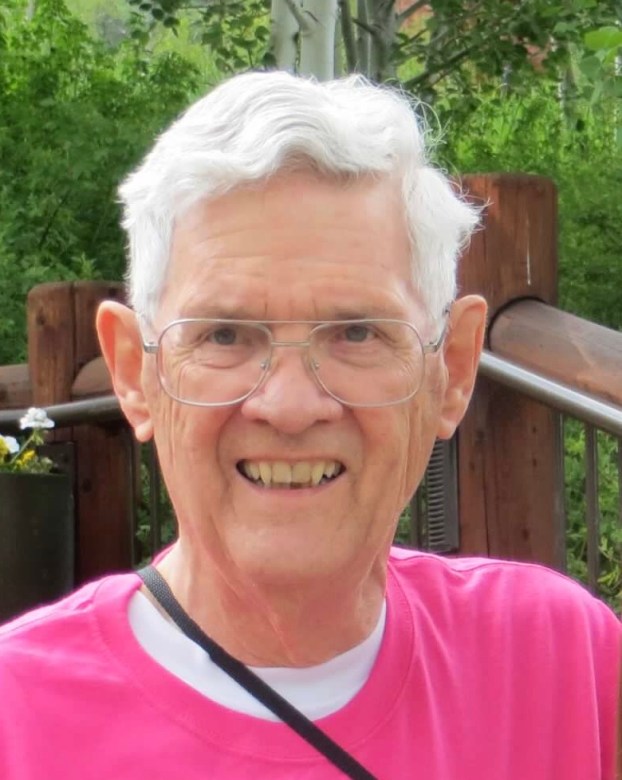 Tom was born in Lamar, Colorado on March 6, 1929 to the late George Albert and Cecelia

Corrine Decker Ruegg. Tom graduated from the University of Colorado with a BA in Business,

where he met and married his college sweetheart, Phyllis Ann Heers, on October 19, 1951.

During the Korean War, Tom enlisted as an officer in the Navy based in Hawaii, where he

served active duty on the USS O’Bannon naval destroyer patrolling off the coast of North Korea.

Tom continued his military service in the Navy Reserves, retiring at the rank of Lieutenant

Honeywell and received an MBA from Bentley University along the way. His career allowed

him and his family to move throughout the country, making lifelong friends wherever they went.

He was a just and honest man of few words, who loved his large family. As a father of seven

children, he instilled honesty, integrity, love of the outdoors, the value of self-reliance, hard work

and independence. Throughout his life he enjoyed camping, traveling, taking his grandkids on

Tom is predeceased by his wife of 63 years, Phyllis Heers Ruegg, and his two brothers, Donald

He is survived by his children: John Ruegg of Brea, CA, Mary Jo and Matt Miller of Solomons,

Chuck and Debbie Ruegg of Belfast, ME, Mark and Karen Ruegg of South Windsor, CT, and

The family would like to thank the staff and community of Tryon Estates for their loving care,

kindness and friendship over the last several years.

A life well lived, carried forward by his children, we will miss you Dad.