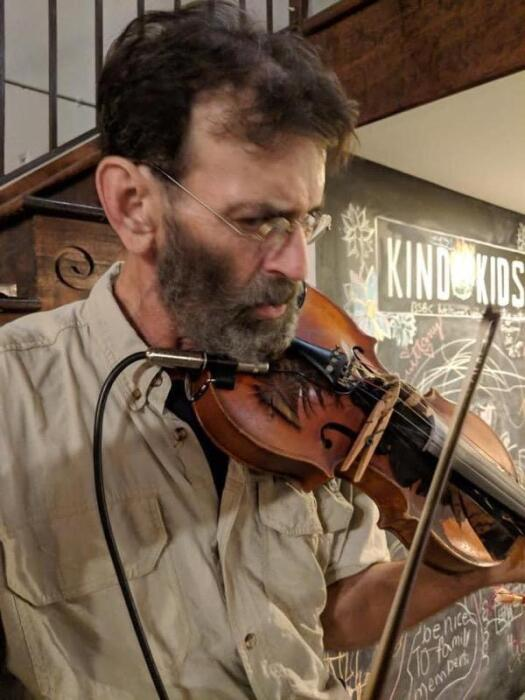 SHELBY, NC – Dr. David Ezra Edgerton passed away peacefully in his home in Boiling Springs, NC, on October 14, 20220 after a long and private battle with multiple myeloma. His passions were healing, music and horses.

Dr. Edgerton was a chiropractor with an avid interest in nutrition and natural medicine. His practice, Edgerton Chiropractic, was located first in Tryon, NC and for the past 15 years in Boiling Springs, NC. He leaves behind many beloved patients with whom he developed special relationships as well as his longtime friend and office manage Connie Goforth Greene.

He was a regular in the local music scene, never passing up an opportunity to join other musicians for the sheer joy of making music and singing with kindred souls. He played many instruments including fiddle, guitar, harmonica and piano.

Ezra had a lifelong interest in horses, living and caring for horses and mules on farms in Chapel Hill, St. Louis, Tryon and finally in Boiling Springs on the farm he loved on College Farm Road. Some of his happiest hours were spent riding the trails along Broad River Greenway with his wife, father-in-law, family, friends and often by himself..

Born in Dunn, NC to the late Harold Quincy and Mary Gardner (Pate) Edgerton, Ezra graduated from Clinton High School in 1973 as class president (and some might say class clown). He received his B.A. in Geology from UNC Chapel Hill in 1979 and worked as surveyor before attending Logan College of Chiropractic in St. Louis, MO where he received his Doctor of Chiropractic in 1989.

Ezra is survived by his loving and supportive wife Debra Bridges and stepson Zeke (Brooke) Houser of Boiling Springs. A week before his passing, he was able to meet his new grandson Zeb. He is also survived by parents-in-law Charles and Daphne Bridges of Boiling Springs, his brother Quincy (Marcia) Edgerton of Clinton, NC, his sister Pate (Al) Randall of Spartanburg, SC and sisters-in-law Donna Bridges and Jenny (Eddie) Price. He was “Uncle Ezra” to nearly 20 nieces, nephews, and great nieces and nephews.

Ezra was a man of great faith and extraordinary kindness. He will be greatly missed and fondly remembered.

No Service is planned at this time due to the current environment.

Arrangements entrusted to Robert Morgan Funeral and Cremation Service of Boiling Springs, NC. Online condolences may be made atwww.rsmorganfsl.com.