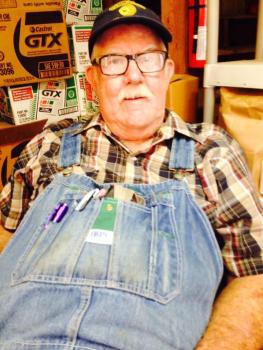 A native of Polk County, he was the son of the late Columbus Oliver Wilson and Lona Ingle Wilson and the husband of the late Sara Wilson who passed away in 2000. Mr. Wilson was a veteran of the U.S. Army serving at Fort Benning and retired from N.C.D.O.T. after 33 years of service. For many years he was a Scout Master. He was well known as being an excellent biscuit maker, jelly maker, beet pickler, but most of all he was an outstanding father and grandfather.

In addition to his parents and wife, he was preceded in death by six sisters and two brothers.

Per J.C.’s request, services will be private.