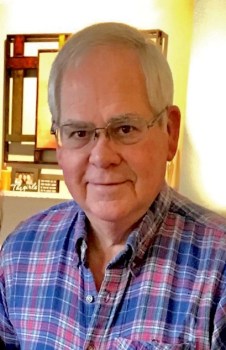 Born in Watervliet, MI, raised in Breedsville, MI, he was the son of the late Arthur F. Hartman and Ruth Page Hartman.

Dr. George Hartman was a graduate of Western Michigan University earning his Bachelor’s Degree in Biology. He went on to serve in the U.S. Army during Vietnam. After the war, he went onto Wayne State University in Detroit, MI earning his Medical Degree in 1974. Upon completion of residency in 1977, Dr. Hartman came to Tryon in 1978 to start his private practice and was the first Medical Director of Hospice of Polk County. Starting in 2002, he spent seven years as Staff Consultant Physician in Queensland, Australia and South Island, New Zealand. In 2010, Dr. Hartman returned to Polk County to reopen his private practice at the office of Dr. A.T. Pagter, joined the medical staff at Hospice of the Carolina Foothills, and subsequently retired in 2017.

Dr. Hartman took a keen interest in the personal wellbeing of his patients that extended beyond their medical needs. He was known for his unique approach to practicing medicine, which included alternative therapies and treatments that served his patients beyond standard protocol.

George enjoyed travel, golf, reading and spending time with his family and friends.

The family would like to thank Jane Foster, RN and Trish Green, CNA for the loving care they gave Dr. Hartman during his last months. Appreciation to the offices of Dr. George Kim, Dr. J. Scott Roberts, Dr. Matthew Rees and St. Luke’s Infusion Center.

No services are planned.

Memorials can be made to a Hospice of the donor’s choice.