Working together to make things happen 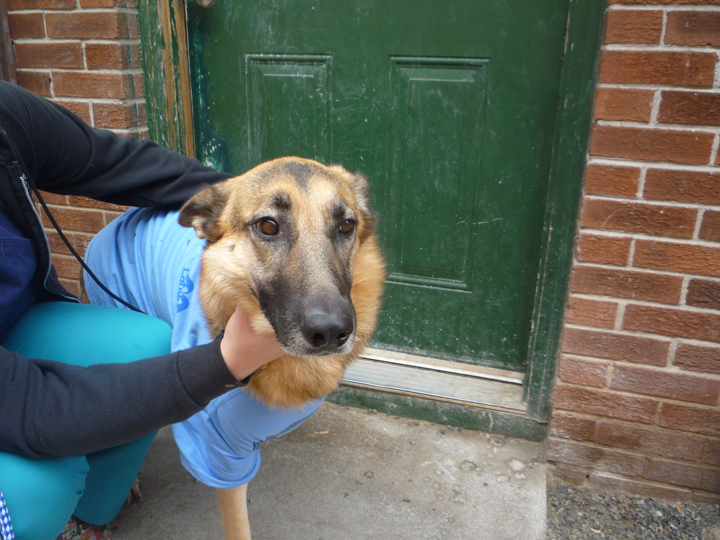 Last week I asked for prayers for an animal I refused to help unless it was given up for, I will not assist an animal and place it back in danger.

Candy was brought into Landrum Vet with a broken right front leg (supposedly struck by a car). The young man who brought her in said he wasn’t that attached to her. I later learned that this four year old female German Shepherd was a free roamer.

A few weeks ago, I received a call from the young man’s dad saying Landrum vet was asking for hundreds of dollars to fix her leg and would I help. learned that Candy was brought in Sept. 23rd and most of the fees were for boarding and pain meds for her. Landrum Vet was told if the leg was taken, he didn’t want her and would shoot her if he got her back. Then he said he wanted to breed her. It took me a while to calm down; I have had my share of watching animals suffer because of the ignorance of some people.

When I received the call from Patti Lovelace, our animal control officer, I explained all I knew and where I was with the case. I also told her of the conversation I had and how pitiful poor Candy looked in her cage. I have been dealing with the animal control officers for a long time and we are blessed to have Patti on the job.

Animal control is a very important position for the county, and a difficult one at that. These officers witness stupidity, ignorance and sometimes downright cruelty and often are dealing with the dregs of the earth. My dear friend Patti not only puts all her energy, but also puts her heart and soul into her work.

Patti visited said gentleman and got him to turn over Candy and also another German Shepherd on the premises. I haven’t spoken with Patti since, but I owe her a great big Uncle Lennie hug, not only for Candy but for all the other animals she has helped.

A few days ago, Candy’s leg was taken, it could not be saved, and she was spayed at that time. Candy is sweet as can be but is a little wary of men. Most of us agree that the best place for her would be a Shepherd rescue.

One of the techs thought Candy would be great for her grandma. I explained it would not be a good fit and once again explained that “Love is not enough.”

For now, Candy is on her way back and thanks to so many people who fought to give Candy a new look at life. Thanks to Landrum vet who absorbed much of Candy’s fees and once again a special thanks to my friend, animal control officer Patti Lovelace.

A Tribute from Volunteers