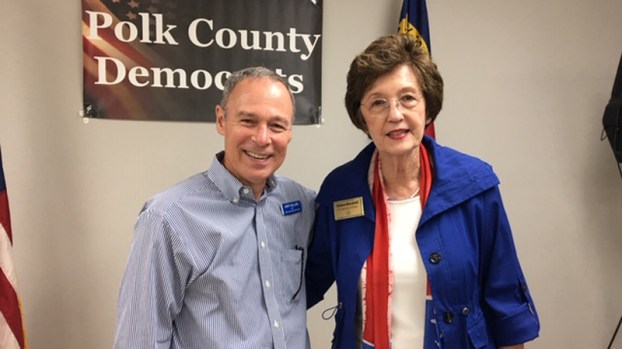 Party Chairman, Andy Millard, introduced Marshall who is running to retain the Secretary of State office she has held since 1996. She explained, her Republican opponent that year was race car driver Richard Petty. She takes pleasure is saying she raced Richard Petty, and won.

In her remarks, she explained the many duties of her office and how she has modernized them by making more interactions with business and the public available online. Her office is a leader in this regard.

This was Marshall’s first visit to Polk County and she got an enthusiastic welcome from the crowd.

Wild Tales—Strange but True Adventures in the Natural World