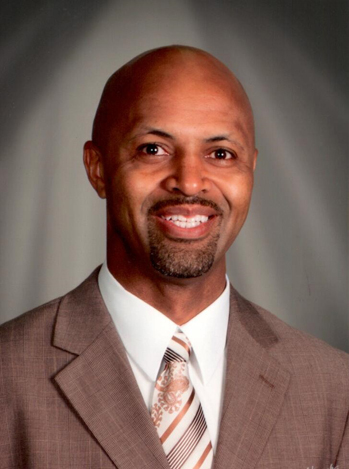 Ronald Reagan, once said “The greatest leader is not necessarily the one who does the greatest things. He is the one that gets the people to do the greatest things.” That is just one of many quotes that would start to describe J.P McIntyre. Although modest and quiet-natured, if asked, he probably would disagree with that statement as pertaining to him. But to many others, the quote fits him perfectly. Especially to the members of the Unity in the Community Organization, and their Summer Enrichment Campers and Staff members, of which John Paul McIntyre serves as director.

John Paul McIntyre grew up in the Green Creek community and graduated from Polk Central in 1988.  He received his Bachelor of Science degree from Appalachian State University in Boone, NC.  McIntyre has taught in the Exceptional Children’s department at Polk County High School for 25 years.  He has, also, taught driver education and served as faculty advisor for the PCHS’s Fellowship of Christian Athletes for 20 years.  “I am blessed and elated to serve the students at Polk County High School,” says McIntyre. When asked of, one of Polk County High’s students, how you would describe Mr. McIntyre, the reply, “he’s a great listener, who goes out of his way to help students, and wears a suit and tie, to work every day.

McIntyre has served as the director of the Unity’s Summer Enrichment Camp for the past three years.  “I enjoy seeing young people learn and grow culturally and academically,” he says.  “This year our theme at the summer enrichment is to encourage our campers to be the best that they can be.  Our goal is to get back to the basics of math, reading, and science while having a plethora of fun,” McIntyre says.

John Paul McIntyre is married to Kimberly McIntyre, and they have two children- Paige and Patrick.

The Unity in the Community’s Summer Enrichment Camp and the Unity Seeds’ Youth Group Monthly Meetings are funded by Grants from the Polk County Community Foundation.  The Camp will run for three weeks. The second week of camp will be July 29th-August 2nd. For more information about these projects call 828-429-8503 or 828-447-6703.

In March of 2019, the Polk County Commissioners voted to withdraw from the Rutherford-Polk-McDowell Health District (RPM) and establish public... read more