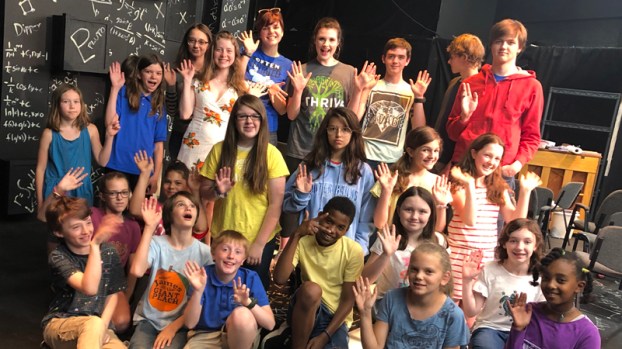 The cast of “Matilda the Musical”

Based on the 1988 children’s novel by Roald Dahl, it was adapted for the stage by Dennis Kelly, with music and lyrics by Tim Minchin. This production is directed by Chris Tinkler, with musical direction by Pam McNeil and choreography by Missy Fincher. Betty Brewer is the producer.

The lead role of Matilda is played by Ariana Wood. Miss Agatha Turnbull is portrayed by Zeke Smith, and Miss Jennifer Honey by Maggie Collins. Mr. and Mrs. Wormwood are played by Liam Daniels and Ellie Booth, with Henrick Meng playing their son, Michael. Maggie Johnson is Mrs. Phelps, Eli Aldrich is Bruce Bogtrotter and Ella Tokar is Lavender.

Since 2016, Tryon Little Theater and TFAC have collaborated on the Summer Youth Show, which has been a rite of passage for local kids since 1970 when Brewer was the musical director. She has been involved with every production ever since, and many parents who were in the earlier shows are now watching their own children carry on the tradition. The entire production is staged without costing the young actors a cent – through grants from the Polk County Community Foundation, ticket sales, and the generous support of donors and sponsors.

May 12-18 is National Police Week. To show appreciation for law enforcement and to thank local officers for their hard... read more