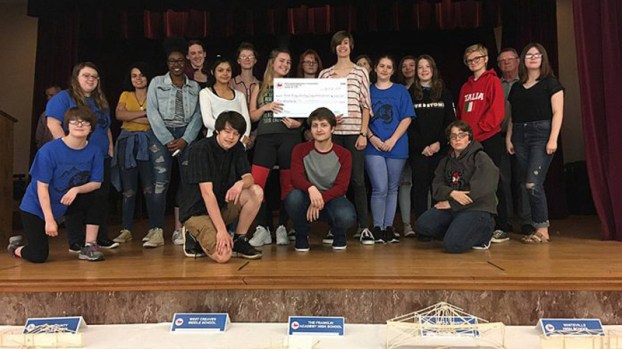 The contest is designed to give middle and high school students a hands-on opportunity to apply their science, technology, engineering and math skills to a real-world scenario.

“This is always a great day at the DOT,” said NCDOT Human Resources Operations Analyst and event organizer Sterling Johnson. “We’re so thrilled to give students this unique opportunity to display their talents.”

In Friday’s finals, each team provided some background regarding their design techniques. That was followed by testing sessions in which each bridge made out of balsa wood had its maximum weight capacity assessed by suspending a bucket through the center of the structure as specific amounts of sand were consistently added to the bucket.

The competition helps create a greater awareness of STEM (science, technology, engineering and math) studies, particularly as they relate to the world of transportation. By honing their critical thinking, problem solving skills, and presentation abilities, students become more informed about the complex nature of transportation design and strengthen their understanding of STEM education.

The Voice Studio of Brenda Quilling invites the community to attend the Voice Recital of one of her students, Abigail... read more