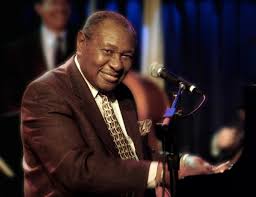 Freddy Cole to perform at TFAC

Jazz vocalist and pianist Freddy Cole performs at Tryon Fine Arts Center on Saturday, April 27 at 8:00pm. As the youngest brother of Nat King Cole’s, Freddy Cole will bring the Great American Songbook to life in an unforgettable way.

Freddy Cole was born the youngest of Edward and Paulina Nancy Cole’s five children. His three elder brothers, Eddie, Ike and Nat (twelve years Freddy’s senior) were all musicians taught by their mother.

“I started playing piano at five or six,” Freddy recalls. “Music was all around me.” In the Chicago home of his youth, visitors included Duke Ellington, Count Basie, and Lionel Hampton. He also credits Billy Eckstine as a major influence.

Freddy moved to New York in 1951, where he studied at the Juilliard School of Music and found himself profoundly influenced by John Lewis, Oscar Peterson and Teddy Wilson. He got a Master’s degree at the New England Conservatory of Music and laid the groundwork for a career that continues to flourish to this day. Freddy released his first single “The Joke’s on Me” in 1952.

A celebrated resident of Atlanta, he currently leads a quartet on piano and vocals with guitarist Randy Napoleon, bassist Elias Bailey, and drummer Quentin Baxter, that regularly tours the US, Europe, the Far East, South America and South Africa. For the Saturday, April 27 performance at Tryon Fine Arts Center, the powerhouse musicians will be joined by Freddy’s son Lionel Cole, who’s created a storied career in his own right.

While there are certain unmistakable similarities in timbre to his brother Nat, Freddy’s voice is raspier, smokier, jazzier even. In truth, his phrasing is far closer to that of Frank Sinatra or Billie Holiday than that of his brother, and his timing swings even more. His vocals – suave, elegant, formidable, sometimes spoken and articulate – make him the most respected lyrical storyteller in jazz. With four GRAMMY nominations, Cole’s career continues to ascend as he has moved into the front ranks of America’s homegrown art form with a style and musical sophistication all his own.

The Freddy Cole Quintet is the final performance of Tryon Fine Arts Center’s Main Stage Series, sponsored by Parsec Financial, for the year. Pacolet Milliken is the event sponsor. Tryon Daily Bulletin is a media sponsor.

Tickets and additional information are available at www.tryonarts.org or by calling 828-859-8322.

The Saluda Tailgate Market celebrates its 10th anniversary when the season begins May 3, 2019 on West Main Street in Saluda. ... read more