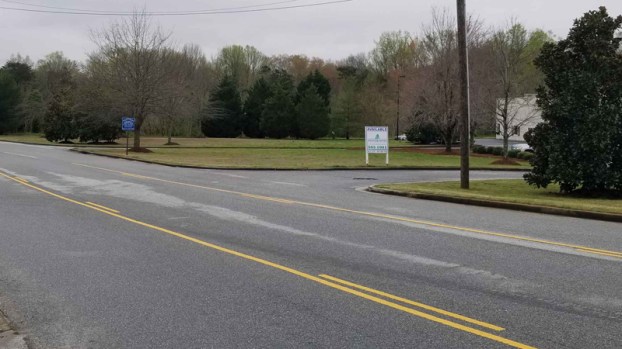 Landrum could be getting a new strip mall

LANDRUM—On Tuesday April 8th, the Landrum City Council will review a proposal to add a commercial center in the vacant lot next to Bi-Lo. The new commercial space would be approximately 4,800 square feet on a vacant piece of land at 1750 Highway 14.

The property is classified in the C-1 zoning district already and would not require rezoning. C-1 zoning allows a wide variety of uses such as general retail stores, general offices and government buildings, personal service businesses, cultural and community centers, public or private recreation establishments, hotels or motels, parking lots and garages, churches or other religious facilities, grocery stores, noncommercial horticulture, banks and other financial institutions, as well as kindergarten or preschool day care centers.

The city council will be addressing an issue that could arise as a conflict to the Envision Landrum Plan. The Planning Commission placed some limitations on new financial institutions that provide short-term loans or title loans. That resolution was passed in 2018 without formal action.

The City Attorney has already confirmed the city’s ability to regulate certain issues on the matter because of another financial institution in the immediate area of where the new structure would be built.

As it stands, the proposed project does not meet the minimum rear set back dimension of 25 feet. The Planning Commission must either authorize this variance or require that the overall size of the building be reduced  in scale to follow the ordinance. The proposed plan states that an additional landscaping may be required along Fairwinds Road and on the North side of the site.

The new structure would share the existing parking lot. Although the zoning code would require an additional 24 parking spaces to be added, the proposed plan does not add any parking spaces but does convert two spaces into handicap accessible spots. The zoning administrator has reported that after random site inspections of the parking center at various times of the day, the location has an abundance of parking in its current state.

The City Council meeting is held at 6:30 p.m. on Tuesday in the Landrum City Hall Council Chambers.

Each year, the Landrum Area Fire and Rescue District conducts a Concealed Weapons Permit (CWP) course for members of our... read more