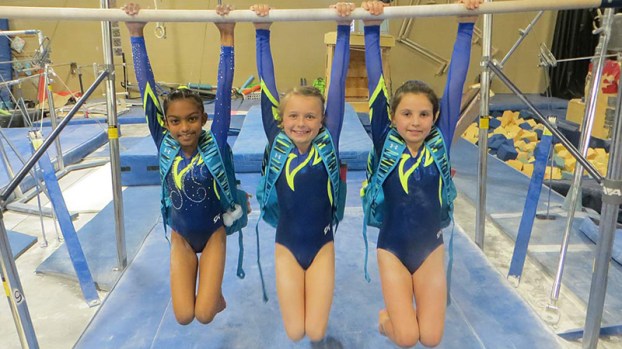 Baglia received first on beam with a 9.60, third on vault and fourth all around with 36.755. Despite being sick and out of the gym the previous week, Then earned fourth on bars and 35.60 all around. All Bronze level gymnasts qualified for state.

Despite some much larger teams, FGA’s three Xcel Silver gymnasts finished fourth in the team competition. Carroll earned first on vault with a 9.675, second on floor, third on bars, fourth on beam and first all around with a 38.125. Ishwar received second on vault, fifth on bars, and earned a 37.0 all around. Keim earned first on beam with a 9.775, which is her highest score on beam and the highest for FGA this competition season. She also earned third on floor and second all around with a 37.725.

Among the Xcel Gold gymnasts, Bell received second on beam, third on bars and second all around with a 37.525. Then earned fourth on beam, seventh on vault and 36.25 all around. Sizemore earned five gold medals and qualified for state.

FGA’s other Xcel Gold and Silver gymnasts qualified for the state championship at an earlier qualifier.

Wolverines bounce back to notch road shutout of Avery

Polk County bounced back from its first conference loss on Monday to hand Avery a 4-0 defeat Thursday in... read more