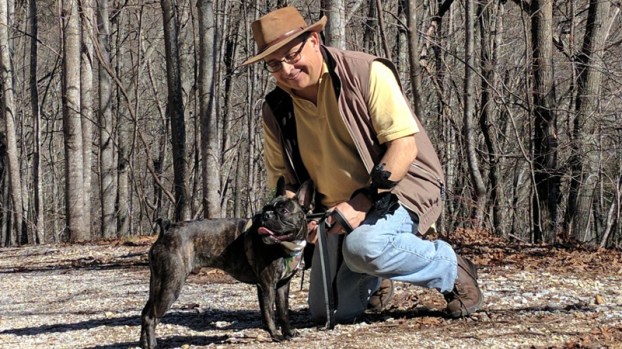 TRYON—For the last 20 years, local architect Dean Trakas and his wife Kelly have lived in Tryon and have been active members in the local community. Kelly Trakas has lived with Multiple Sclerosis for 26 years that has left her physically disabled and in the fall of 2018 Dean was diagnosed with aggressive prostate cancer. Although they have had their setbacks, the Trakas family says that they are grateful and blessed for the life that God has given them.

After consulting with Dr. Joseph Busch and by his recommendation, the Trakas family agreed to try the advanced technique of Focal Laser Ablation to treat Dean’s cancer in combination with immunotherapy vaccines. The process of Focal Laser Ablation uses an MRI-guided laser that targets and removes cancerous cells without damaging vital organs or surrounding tissue. With this treatment the tumor in the prostate can be destroyed completed with minimum harm to the patient.

The Focal Laser Ablation was used in conjunction with a course of therapeutic immune therapy vaccines. The medical team recommended that the vaccines be used as a sister therapy to the Laser Ablation to prevent any cancerous cells that attempt to leave the prostate.  By harvesting existing cancer cells in a patient, the medical team-teaches the patient’s immune system to recognize and destroy those cancer cells. The vaccines is then reintroduced to the patient so that the patient’s immune system works to prevent the cancer from spreading to other parts of the body.

This technology has been used successfully for years with many different types of caners and is considered to be a standard of care in other countries as it is the cutting edge of cancer research and care. However, in the United States, currently no insurance companies cover any of the charges for the Laser Ablation or immunotherapy vaccines.

Anna Trakas, Dean’s daughter said, “The single great hurdle to overcome in his upcoming journey is of course cost. . .The projected out-of-pocket costs for both these treatments, along with travel and lodging, is over $39,000.”

The treatment process is broken down into five separate steps. Dean has already undergone two rounds of the immunotherapy vaccine, the first on February 4th and another on March 4th. On March 21, Dean traveled to Houston, TX where he underwent the Laser Ablation surgery performed by Dr. Ara Karamanian, an expert in the field. Dean has two more rounds of the immunotherapy vaccine left.

Dean is very optimistic about his situation and grateful for finding the alternative treatments. Dean said, “My case is a good example for folks who have prostate cancer to consider, it is an individual disease that affects people differently but my treatment can be an example to others. For most traditional cancer centers your options are limited, even in this age of technology. Usually the options are surgery to remove the prostate or chemotherapy.”

The cancer in Dean’s prostate was extremely concentrated and was a safe distance away from vital organs and important tissue that made him a prime candidate for Laser Ablation surgery.

“When you have a solid tumor that you can extract cells from, like I did, you can create an immunotherapy that teaches the immune system to recognize those cancerous cells” Dean said.  This is why his doctors recommended the use of both Laser Ablation and immunotherapy, because in conjunction the two treatments could catch the cancer on the front end and prevent it from spreading on the back end.

The FDA has not fully approved the use of immunotherapy and Laser Ablation surgery as it is still in the clinical trial phase, which is also why insurance does not currently cover any of the cost. Perseus, a company located in Greenville, SC, created the immunotherapy vaccine. Perseus conducts most of their research and operations from the Cayman Islands, Dean had to travel there to receive the first vaccine.

“I had to travel in person to the Cayman Islands to receive the first vaccine, on February 4th. They required me to stay for a few days after the vaccine before releasing me just to see if I would have any negative reactions. After that first vaccine they shipped the remaining 3 to another one of their locations in Clinton, SC.”

“I have a very high chance that anything to do with this cancer will not cause any further problems or future cancers,” Dean said. “If God forbid I do get another form of cancer in 10 years, the chance that it is because of this cancer is extremely low.”

“I never wanted to make this about me or to burden anyone else with my problems but I know there are a lot of wonderful people in the world that just want to help and it shows you the good in human beings and how most of us want to help if we can,” Dean said. “People I don’t even know have come forth to help and it humbles me.

“If I have a message to other guys of all ages, take it seriously. The earlier you catch it the better off you are. You want to catch it before it leaves the prostate.”

Anna Trakas has set up a GoFundMe page to help cover Dean’s medical expenses. If you would like to find out more information about Dean’s story or to check for updates as he undergoes treatment visit: https://www.gofundme.com/help-dean-beat-prostate-cancer.