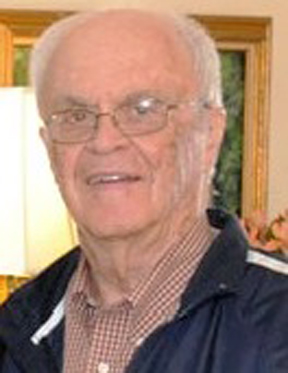 Woody’s life of service began at age 14 when he became an Eagle Scout. Accepted to Clemson University and the ROTC program, he rose from Private to Cadet Captain and Company Commander, selected to join the elite Senior Platoon precision military drill unit; he graduated with a degree in Architecture. He had the distinct honor of serving in the Navy in World War II, as well as the U.S. Air Force during the Korean War.

Wright Patterson Air Force Base is where Woody met and fell in love with his future wife, Judy Morrison. They became engaged and were planning to marry, when the Air Force issued orders to deploy to Japan for 2-years. Assigned to Misawa Air Force Base, 400 miles north of Tokyo, Judy sailed to Japan and they were married March 20, 1953. Their daughter Barbara was born in Tokyo a year later.

It was in Tryon, NC where Woody’s call to service truly flourished volunteering with Habitat for Humanity, the Polk County Community Foundation, Foothills Equestrian Nature Center (FENCE), Tryon Hikers, Second Wind Hall of Fame, the Clemson Foundation Board, St. Luke’s Hospital Foundation Board of Trustees and as mediator at the Foothills Mediation Center.

“Tryon has been wonderful and extremely welcoming to both Judy and me. We have tried to return the favor by giving back to the community that’s been so generous to us. We are very thankful for the opportunity to live in this amazing place.” -Woody Woodham

The family is grateful to all who cared for and appreciated Woody in life.

In lieu of flowers, memorials may be made to the charity of your choice or to Hospice of the Carolina Foothills, 374 Hudlow Rd, Forest City, NC 28043.

Mary Stroup Wolters of Landrum, South Carolina was the daughter of the Rev. Dudley and Barbara Stroup of Tryon. Her husband is Roger... read more