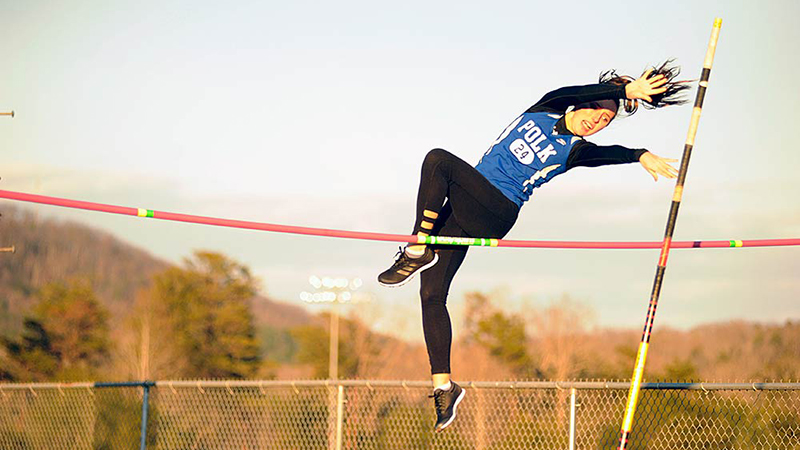 Soaring into the late afternoon sun, Tana Harris completes a successful jump in the early rounds of the pole vault competition. (Submitted photo)

At times late Monday afternoon, when the wind silenced, it felt like an early spring day in G.M. Tennant Stadium.

Of course, the holiday decorations and Santa Claus walking around the infield also belied the fact that it was a late January day. 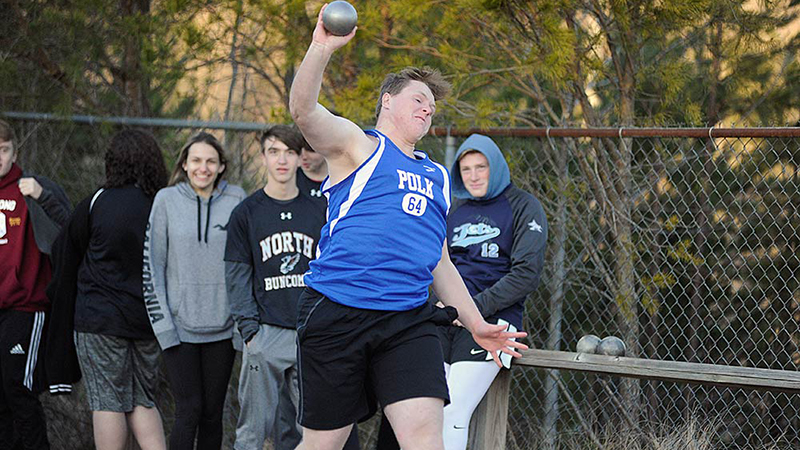 The third time proved the charm for Polk County’s track program as it finally held its 10th annual Reindeer Games, combining that event with the WNC Polar Bear Championship for a full afternoon and evening of indoor track competition.

Inclement weather twice forced the Reindeer Games to be rescheduled, so Wolverine officials decided to combine that meet with its season-ending Polar Bear. This year’s weather has made holding meets a challenge, so almost 20 schools showed up Monday to try to post qualifying times for the upcoming state indoor championships.

Izzy Jackson won the 500 meters and helped Polk County’s girls win the 4×400-meter relay with a time of 4:28.72. The Wolverine boys received wins from Jake Justice in the pole vault and the 4×400-meters plus second-place efforts from Luke Sellers in the shot, Caleb Potter in the 1600 meters and Jack Derkach in the 500 meters. All three runner-up efforts surpassed the standard for qualifying for the 2A/1A state championship meet on Feb. 9 in Winston-Salem.

Rams inch ahead in final two minutes to top…