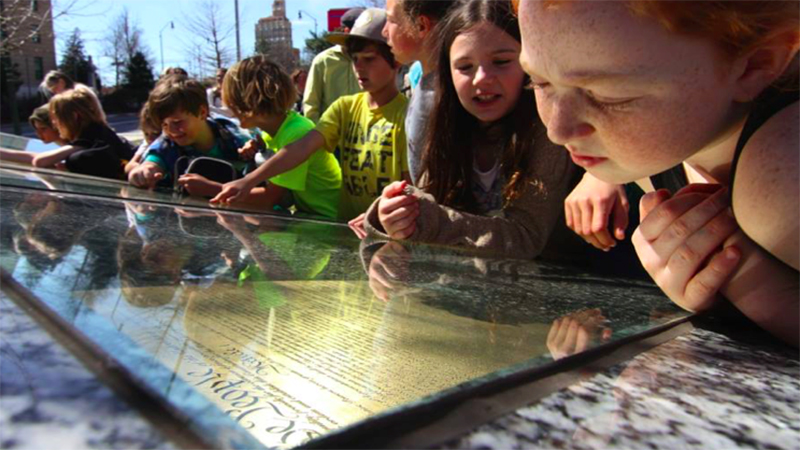 Declaration of Independence, U.S. Constitution and Bill of Rights to be displayed

COLUMBUS — Polk County residents will be able to see the Declaration of Independence, the U.S. Constitution and the Bill of Rights displayed locally, thanks to a gift from Foundation Forward Inc.

The Polk County Board of Commissioners met Monday and heard from Vance Patterson, President and Founder of Foundation Forward, who offered the gift.

Patterson is from Burke County and said about six years ago, he and his wife were in Washington and saw the Charters of Freedom. 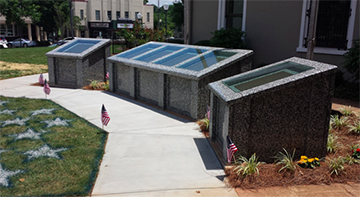 Polk County is considering accepting a gift from Foundation Forward Inc. to place Charters of Freedom replicas somewhere in the county, which would include replicas of the Declaration of Independence, the U.S. Constitution and Bill of Rights. Commissioners this week directed its appearance commission to recommend a location to place the structures. (Submitted Photos)

“I don’t know about you, but the first time I saw the Declaration of Independence, I got goose bumps,” Patterson said. “The words, ‘We The People,’ I just got a lump in my throat.”

Patterson decided to design and build a Charter of Freedom replica in Burke County, especially for children and veterans to see. He said it took two years to get the first one done, and now, he and his wife have done 14 dedications across the country. There are six more scheduled to be dedicated. 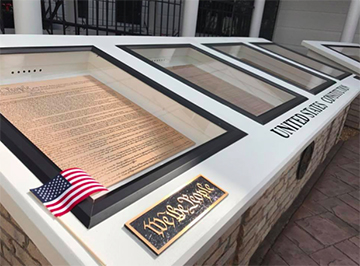 Patterson showed commissioners a video of his mission, saying he wants as many communities as possible to receive the replicas. He spoke of the dedications, which include people signing letters to go in a time capsule, firing of cannons, patriotic music and bands.

“We have an education group that follows up with your schools with an education supplement to go with it,” Patterson said.

Commissioner Tommy Melton asked how much it will cost the county.

Patterson said all his foundation asked is for the county to take care of site preparation.

“We do the excavation and everything,” said Patterson. “Then we turn it over to the city or the county as a gift.”

County Manager Marche Pittman recommended the county turn the details over to the Polk County Appearance Commission to let them help commissioners pick a site as well as consult with the school system.

Polk County School Board Chairman Geoff Tennant, who was at Monday’s meeting, said it is certainly worth exploring.

Commissioners came to a consensus to direct the appearance commission to recommend a site.

Patterson said once a location is selected, his foundation will send the county a letter of intent commissioners will sign and the process will move forward from there.

Wolverines hold their own in preseason scrimmage