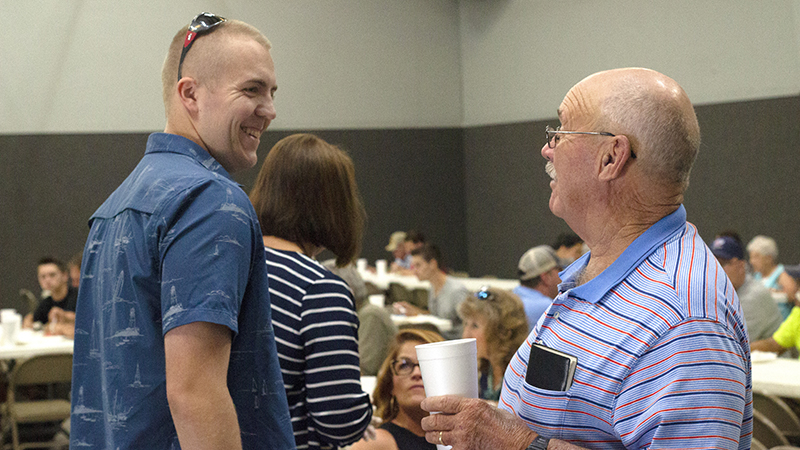 Arrowood (left) showed up to the fundraiser around noon that day, where he was warmly greeted by many inside the church.

While the allure of homemade barbecue, freshly baked desserts and more than 30 different high-value items up for raffle certainly helped, it was not food nor prizes that drew a massive crowd to the Foothills Community Chapel Thursday afternoon — but the warm feeling of helping a neighbor in his time of need. A group of citizens hosted a fundraiser on behalf of Trevor Arrowood, a Polk County native who currently serves as a police officer with the Rock Hill, South Carolina, Police Department, who recently learned he has cancerous tumors on his heart. (Photos by Ted Yoakum/Tryon Daily Bulletin) 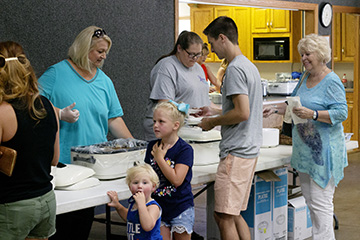 Less than half an hour after opening the doors, more than 60 people had stopped by eat lunch, with others getting orders to go. 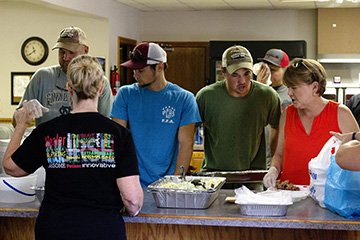 Laura Weicker, the organizer of the fundraiser, said she and others had prepared food for around 1,200 people that day, a number she was confident they would end up reaching by day’s end. 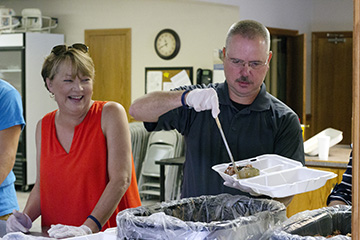 Dozens volunteered to help Weicker (left) and other organizers during the event, including Trevor’s father, Jeff (pictured serving), the longtime chief of the Tryon Police Department. 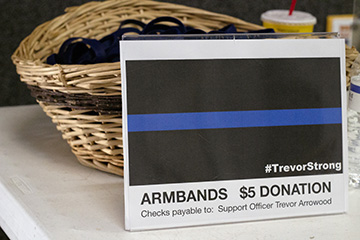 In addition to selling $5 “#TrevorStrong” armbands, people could also purchase raffle tickets for more than 30 items, including a grill, valued at more than $500, which Polk County Sheriff Donald Hill had donated for the event.

Putting the finishing touches on a new location