History comes to life in Tryon 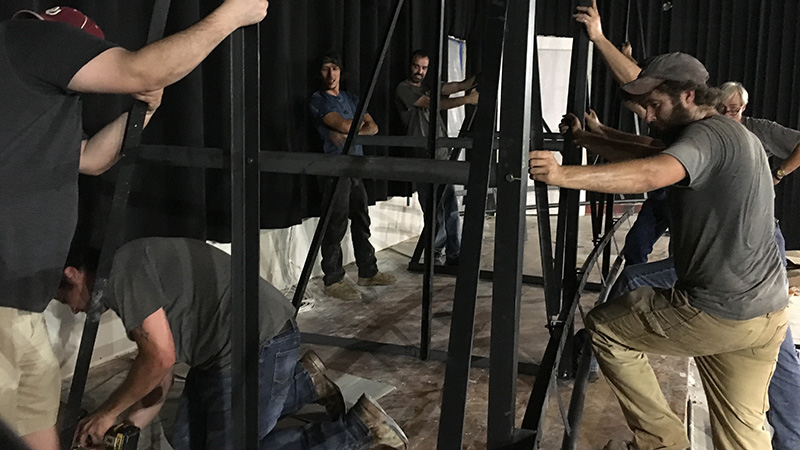 Movie theater renovations are a blend of old, new

TRYON — It is filled with old movie posters from the ‘30s.

The colors are the vibrant bold of art deco, and the feeling of grandeur and elegance from another time flows from the carpeted floor to the black cavernous ceiling.

The Tryon Theatre is coming back to life.

“We’re trying to keep the details  [of the renovation] a secret,” said co-owner Gayle Lane. “We want it to be a surprise.”

Lane and her husband, Scott, began working on the remodel in April. They do not yet have an opening date, but hope to announce it soon. 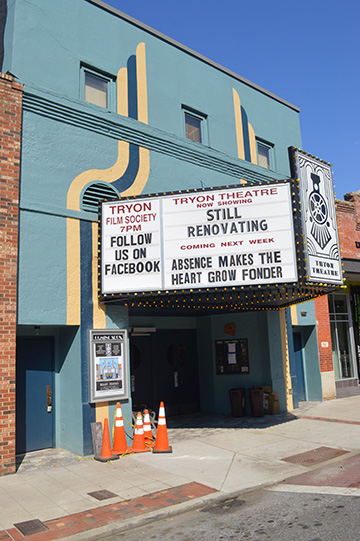 Duke Energy turned on the electricity Tuesday, and the HVAC system fired up late Wednesday afternoon.

The new chairs can rock and have cup holders. There are extra-wide seats in the balcony, with armrests that fold up creating two-person couches.

The balcony also has some tables and swivel chairs.

Other updates include new wood on the old stage; a new sound system, complete with hearing assistance devices; a new screen; acoustical carpet lining the walls; new plumbing; and a new insulated ceiling that is painted black for better screen viewing.

The bathrooms are now twice as big and are handicap accessible. There is also a bathroom in the balcony.

“The sound guy said you will feel the sound system in your chest,” Lane said. “Like in the movie ‘Dunkirk,’ when the bombs explode.”

The Lanes considered adding an indoor entrance for the balcony, but decided to keep the historical outside entrance.

“We decided it was important to remind us all what it was like back then,” Lane said, referring to how African Americans were once segregated to the balcony. “It’s important not to forget those injustices.”

Lane said once they can confirm everything is up and running smoothly, they will announce an opening date. They are planning a closed practice run for friends and employees to be certain everything is working properly.

The owners have chosen a special, period movie to show on grand opening night, and will have some short films about Tryon they will show in place of movie previews. The films will be similar to the old newsreels that movie theaters showed before the days of TV.

The Lanes are withholding the name of the first movie showing a secret in order to surprise the fans.

“People will see it on the marquee,” Lane said. “It’s family-friendly, so everyone can come.”