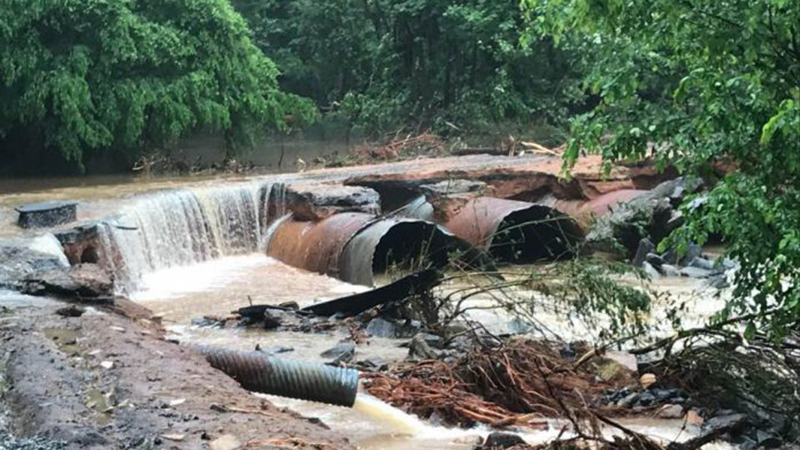 The state division of emergency management has until July 30 to file a request for a federal disaster declaration for the flooding and mudslides that devastated Polk County in May. (Photo courtesy of Kim McMinn)

The North Carolina Department of Public Safety’s Division of Emergency Management has received an extension until July 30 to file the request for a federal disaster declaration for the May flooding and mudslides in Polk County and other parts of Western North Carolina.

The state division of emergency management is finalizing all damage reports and trying to make sure it has captured information about all of the damages to make the best case possible. If the flooding and mudslides are considered as two separate events, neither will meet the threshold for a federal declaration.

Polk County is one of 15 counties being considered for the federal disaster declaration.

Polk County local government officials also have reached out to such federal legislators as U.S. Rep. Patrick McHenry for support and will keep citizens apprised of developments with the federal disaster declaration being pursued.

Roger Kumpf from Rep. McHenry’s office will be at the Bryant H. Womack Building at 40 Courthouse St., Columbus, from 9 a.m. to noon on Thursday. He will be available to meet with constituents and talk with them about their questions or issues related to federal policy, pending legislation before Congress and the work of federal agencies, including the federal disaster declaration being pursued.

Kumpf will then relay citizens’ concerns to Rep. McHenry.