The Rotary Club of Tryon recognized John Gargiulo as the 2018 John Wells Rotarian of the Year at its meeting on June 28. 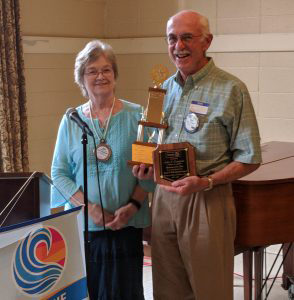 Since he joined the club, Gargiulo has been an integral part of the Rotary Club of Tryon’s Shrimpfest and every other activity the club sponsors, members said.

Past President Judy Lair presented Gargiulo with this award.

-Submitted by Rotary Club of Tryon

Changes to animal control on hold until January